Pollute, pay, repeat. That's the governing rhythm in Wakulla County, as taxes are paid so developers can pollute. Now, locals are fighting back.

Pollute, pay, repeat. That’s the governing rhythm in Wakulla County, as taxes are paid so developers can pollute. Now, locals are fighting back.

How the Scheme Works

But here’s the catch: After spending millions of state dollars to remove septic tanks, Wakulla’s commissioners allow more septic tanks into the same area. That way, taxpayers, not housing developers, have to pay the steep cost of connecting to the sewer system. The cycle repeats and the water stays dirty.

Earlier this month, the Wakulla commissioners amended their planning rules to allow a new high-polluting subdivision. It would add 88 conventional septic tanks to the bullseye of the County’s most vulnerable groundwater zone. (Wakulla readers may be interested to know that one of the commissioners backing the proposal, Quincee Messersmith, is up for reelection this year.) A scientific group called the Wakulla Springs Alliance estimates that the development would undo about $2.6 million worth of cleanup efforts and add more than 2,000 pounds of excess nitrogen to the water annually. That’s the same as injecting 105 tons of manure into the groundwater every year, not far from Wakulla Springs.

This weekend, locals are asking for help from Tallahassee residents as they seek intervention from DEP. The agency is expected to issue a recommendation on the 88-home project sometime next week. On social media, springs advocates seem to believe that they can influence the decision but fear that officials haven’t felt enough pressure. Some residents are sharing a handy letter template so you can quickly contact the right decision-makers. People in Wakulla County who have fought to protect the county’s natural environment say that it’s long overdue for residents to get more engaged in protecting their county, and say that the pollute-pay-repeat model is not sustainable for the tax base or Wakulla Springs. 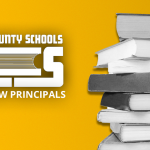