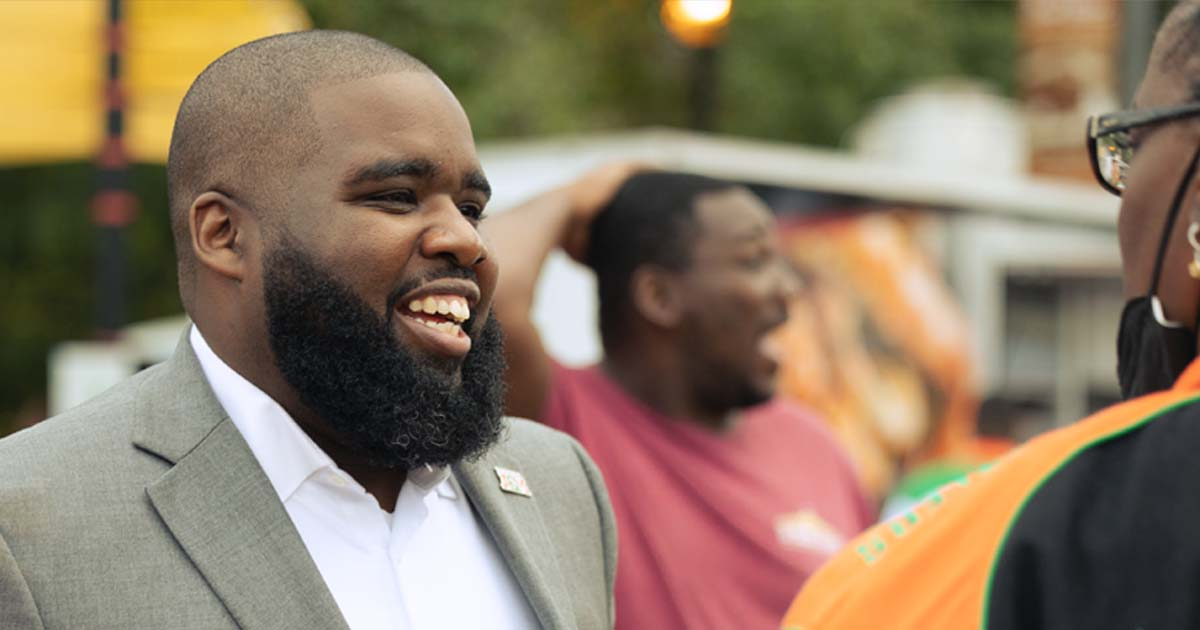 Tallahassee’s Vincent Evans, an alumnus of Florida Agricultural & Mechanical University and veteran of Tallahassee politics, is leaving the White House to serve as Executive Director of the Congressional Black Caucus.

‪“I am deeply honored to be named the executive director of the Congressional Black Caucus,” Evans said in a statement. “I started my career in Washington working for a member of the CBC, so I know first hand the tremendous leadership and impact this Caucus has in Congress and across the country.”

Prior to his role in the White House, he served on the senior staff of U.S. Representative Al Lawson of Florida, his longtime mentor, with a portfolio that focused on state and local issues. Before his role in Congress, Evans worked in Tallahassee City Hall and local politics. Evans worked to elect Commissioner Curtis Richardson and served as his aide at the City of Tallahassee, addressing issues from ban-the-box to end discrimination against those that served their time.

In 2018, Evans worked as an advisor on the successful campaign to defeat the local political establishment and elect City Commissioner Jeremy Matlow. Evans was a Tallahassee New Leaders Council 2017 Fellow and served on the Board of Directors after his fellowship. Prior to today’s announcement, Evans was rumored to be considering a run for Mayor of Tallahassee in late 2020.

“We are thrilled to welcome Vincent Evans to the Congressional Black Caucus. As a leader for effective change, Vincent will help the CBC reach greater heights and make substantive advances in 2022. Vincent knows the importance of developing critical relationships when it comes to public engagement, along with a variety of policy and leadership skills,” wrote Chairwoman Beatty.

“In addition to his experience, he brings great passion for further strengthening the CBC’s top priorities moving forward. His knowledge and past work with many members and the Administration is a big asset,” Chairwoman Beatty added.

FAMU President Larry Robinson, tweeted in support of Evans, “As an alumnus of FAMU, we know you will serve well. Happy 2022!” the tweet said, congratulating Evans on his appointment.