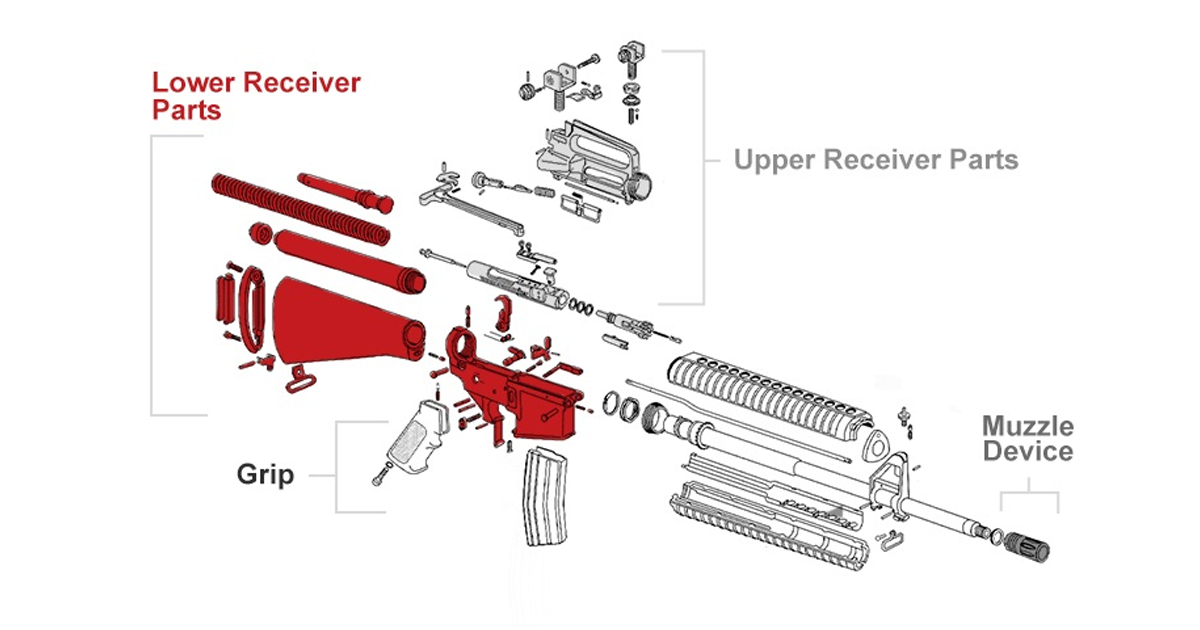 “Removing ‘ghost guns’ from the hands of convicted felons is essential in fighting violent crime and protecting the public,” said U.S. Attorney Coody. “This investigation and the resulting sentence demonstrate that cooperation between law-abiding citizens and law enforcement makes our communities safer.”

The below is a press released by the U.S.  Attorney for the Northern District of Florida released on Tuesday.

Carlos A. Urena, 38, of Tallahassee, Florida, was sentenced to 87 months in federal prison after pleading guilty to possessing firearms and ammunition as a convicted felon and possessing an unregistered short-barreled rifle. Jason R. Coody, United States Attorney, for the Northern District of Florida announced the sentence.

“Removing ‘ghost guns’ from the hands of convicted felons is essential in fighting violent crime and protecting the public,” said U.S. Attorney Coody. “This investigation and the resulting sentence demonstrate that cooperation between law-abiding citizens and law enforcement makes our communities safer.”

After receiving a tip that Carlos Urena was illegally in possession of a large number of firearms, the Bureau of Alcohol, Tobacco, Firearms, and Explosives (ATF), and the Tallahassee Police Department (TPD), began a joint investigation. Financial documents revealed that Urena had spent approximately $8000 at various websites which sell firearm parts and part-kits between June 17, 2021, and July 7, 2021. On July 22, 2021, ATF and TPD executed federal search warrants at Urena’s home and business. They recovered eight AR-15 style firearms, a Mossberg 12-gauge shotgun, three polymer-80 Glock-style pistols, a Springfield Armory 9-millimeter pistol, an ATA Arms 12-gauge shotgun, thousands of rounds of ammunition in various calibers, firearm parts including high-capacity magazines and AR-style firearm receivers, and tools related to assembling firearms. Most of the firearms recovered were privately made firearms, commonly called “ghost guns” because they do not have serial numbers and are difficult to trace, which Urena had assembled himself from parts ordered from the internet.

“ATF continues to work vigorously with our law enforcement partners to ensure the safety and protection of the communities that we serve,” said ATF Special Agent in Charge, Craig W. Saier, “and to make sure the felons in possession of firearms are prosecuted to the fullest extent of the law.”

Urena was prohibited from possessing firearms or ammunition because he was a convicted felon. Urena had nine prior felony convictions. Less than a month before the search warrants, he had been placed on state probation for child abuse and for possession of ammunition by a convicted felon.

“Our officers and detectives work diligently to rid our community of illegal guns and reduce the likelihood of those guns ending up in the wrong hands,” said Deputy Chief Jason Laursen of the Tallahassee Police Department. “This conviction is a testament to the vital role the judicial system plays in holding those accountable who aide individuals in the illegal possession of firearms that could be used in violent crimes against the citizens of Tallahassee.”

Following his 87-month prison sentence, Urena will be on federal supervised release for three years. The Court also imposed a $50,000 fine. This sentencing resulted from the collaborative work of the Bureau of Alcohol, Tobacco, Firearms, and Explosives, and the Tallahassee Police Department. The case was prosecuted by Assistant United States Attorney James A. McCain.

This case is part of Project Safe Neighborhoods (PSN), the centerpiece of the Department of Justice’s violent crime reduction efforts. PSN is an evidence-based program proven to be effective at reducing violent crime. Through PSN, a broad spectrum of stakeholders works together to identify the most pressing violent crime problems in the community and develop comprehensive solutions to address them. As part of this strategy, PSN focuses enforcement efforts on the most violent offenders and partners with locally-based prevention and reentry programs for lasting reductions in crime.

As part of its PSN strategy, the United States Attorney’s Office is encouraging everyone to lock their car doors, particularly at night. Burglaries from unlocked automobiles are a significant source of guns for criminals in the Northern District of Florida. Please do your part and protect yourself by locking your car doors