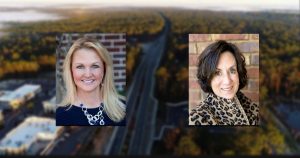 DeeDee Rasmussen held off the announcement of her resignation for at least four months, while Laurie Lawson-Cox claimed she was running for the seat in 2024, collecting thousands from education lobbyists and individuals who endorsed Rasmussen, following her last-minute resignation announcement, the public is left with just days to field any alternative candidate.