In April 2020, the City of Tallahassee and Leon County Governments spent $1.5 million dollars on the purchase of a helicopter to surveil its own people.

Our research is the first time this information has become public…

Sometimes flying as low as 150 feet above homes, Tallahassee’s surveillance helicopter whirs overhead at more than a hundred miles per hour.

Tallahassee, which has one of the highest crime rates in the state, is pursuing an aggressive agenda of surveillance against its own population.

“In 2005, for example, a police helicopter supposedly monitoring a street protest in New York City instead trained its infrared camera for a prolonged period on a couple making love on a pitch-black rooftop patio.” – ACLU

City Executives have rejected progressive violence intervention proposals and militarizing the local police force seems to be their only answer.

Their answer comes in the specific form of a 2020 model Bell 505 Jet Ranger X, made in Canada, and costing more than $1.5 million dollars to the local government.

Promotional materials for the Jet Ranger boast of its use in some of the highest crime areas in the world, including Los Angeles, Buenos Aires , and Dubai.

“Whether staying on top of a car chase, orbiting over a crime scene… the Bell 505 has the speed, endurance, power, and mission equipment to complete the toughest public safety missions.”

Across the country, police departments are increasingly militarizing .

In Tallahassee, the helicopter, which began regular usage in August 2020, serves as an Orwellian reminder of local government’s dystopian view of people. While it drains precious tax-payer dollars: the helicopter is paid for by the very residents it polices.

Acquired on April 14th, 2020, the helicopter first saw use during the Black Lives Matter protests and has become a regular annoyance in all parts of Tallahassee’s downtown.

Residents have taken to social media repeatedly, complaining that the helicopter wakes them up in the evening hours, often times flying as late as 4 A.M.

A Brandt Hills woman, who wanted to remain anonymous, reported the helicopter was hovering over her house at 1 A.M. in the morning. Furious, she ran to the window in her night gown. As she opened her curtains and looked up, the helicopter’s searchlight shined directly through her window.

A check of the Tallahassee Online Police Statistics (TOPS) indicated no suspicious activity in the area at the time.

The Jet Ranger has become an unwelcome staple of Tallahassee’s otherwise quiet summer nights. Yet, it’s unclear whether the constant drone of law enforcement overhead has mitigated any crime.

Public records gained through our research show that the City is on track to surpass the annual budget allocations for the project.

For this year alone, the City is on track to pay nearly $1,000,000 dollars for the usage of the helicopter.

Mayor John Dailey personally signed off on the order, without City Commission direction: 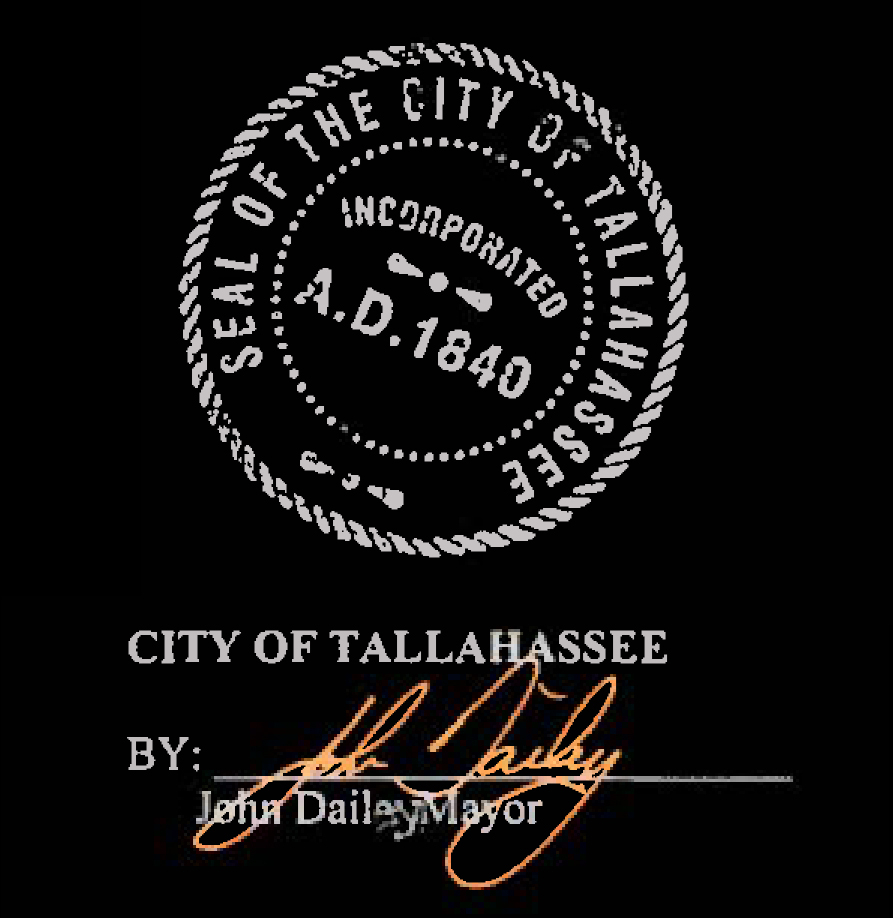 Government In the Dark

The City of Tallahassee has never acknowledged that they have any involvement with the helicopter’s operation.

And it’s not just car chases, fugitives on the run, and SWAT teams with  barricaded subjects that this helicopter responds to.

It’s part of a growing trend in law enforcement of active surveillance, embraced whole-heartedly by City Manager Reese Goad and Mayor John Dailey, who apparently believe that the solution to our crime problem lies in policing our most vulnerable residents at the risk of their quality of life and basic human dignity.

The City of Tallahassee Communications Department even directly misled a citizen when asked about their involvement in the surveillance helicopter. 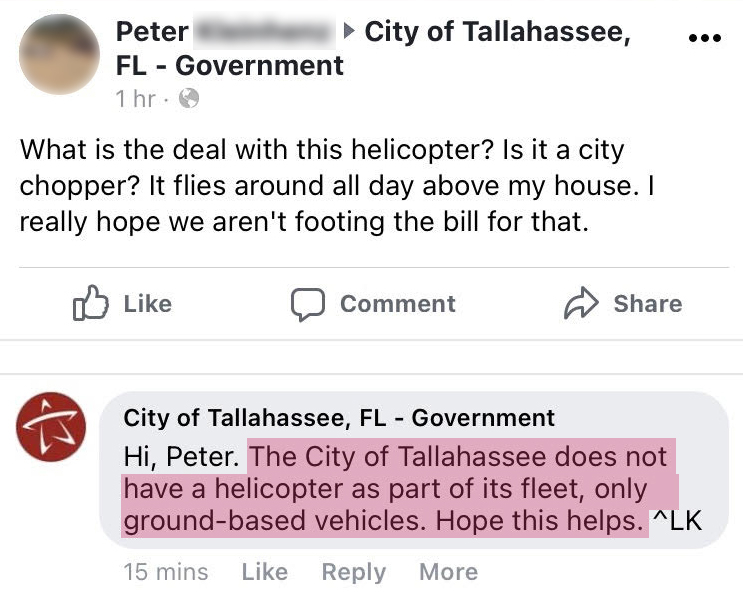 The City of Tallahassee has never had a public accounting of the costs associated with the helicopter.

The City spent $240,182 on a Harris Corporation L3 WESCAM MX-10 camera to attach to the helicopter, providing it with thermal imaging and infrared sensors.

The purchase of the infrared camera raises concerns, as City procurement rules dictate that purchases above $250,000 must go before the City Commission for approval. Circumventing purchasing rules by splitting government purchases to slide underneath this threshold has been used controversially in the past by officials. 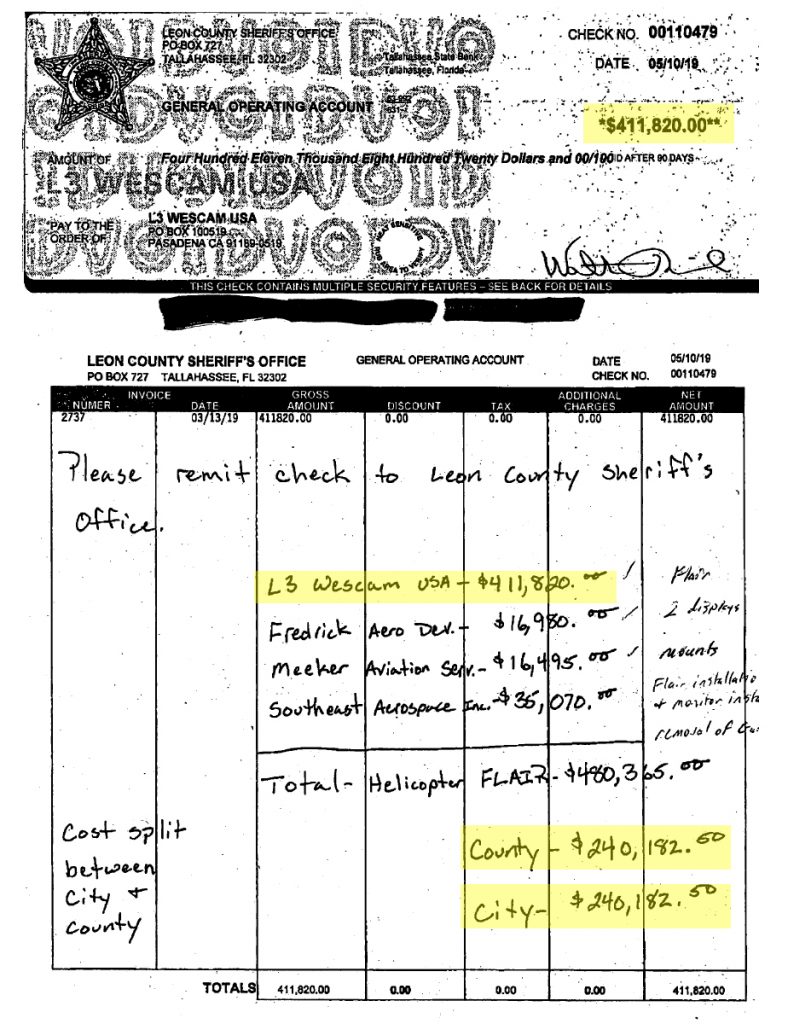 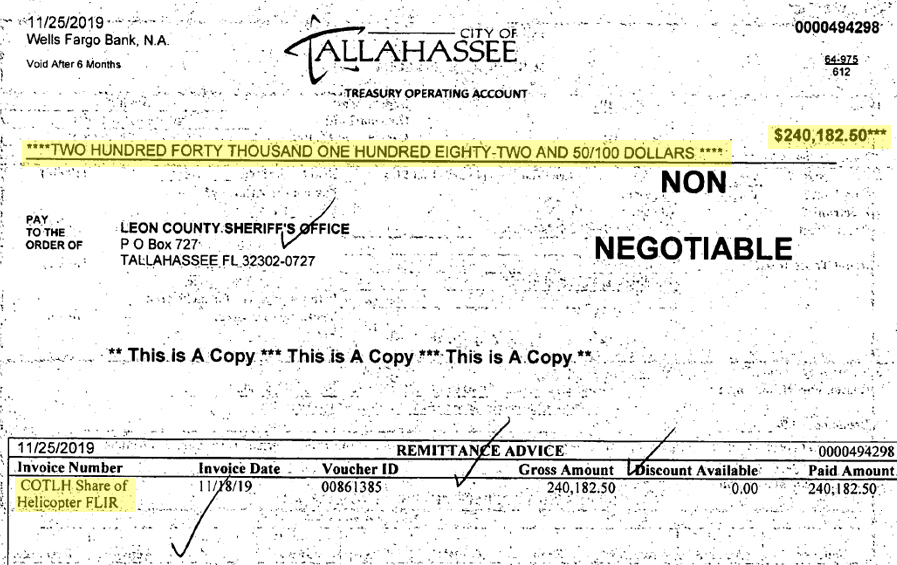 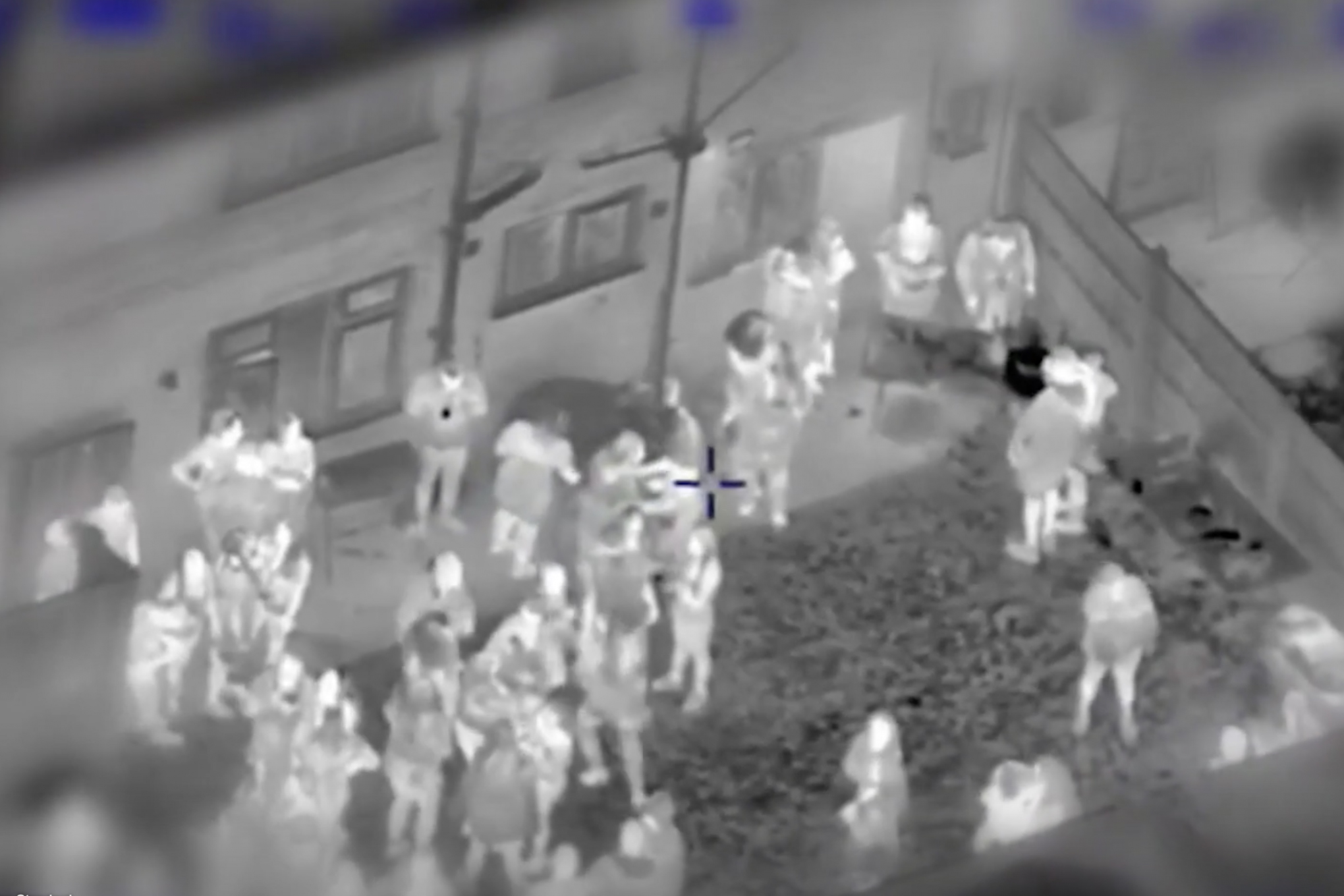 No Signs of Slowing Down

Leon County public records show that staff’s seemingly conservative estimate put the cost of running the chopper at $500 an hour.

Using those figures, and beginning in earnest in September 2020, the helicopter flew for a total of 40 hours. This cost taxpayers an estimated $20,000 that month, for maintenance and fuel costs alone.

In October 2020, it flew for 79 hours, costing taxpayers an estimated $39,000. This is not including personnel costs.

Looking out over the Tallahassee skies in recent months indicates the helicopter surveillance is doing anything but slowing down.