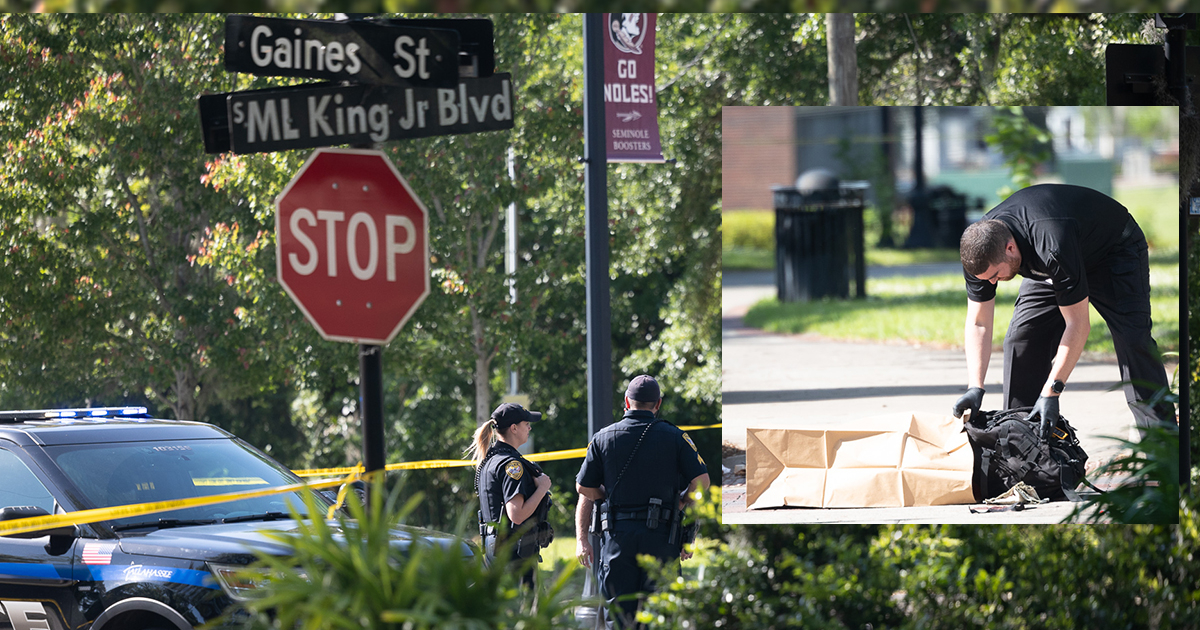 Shooting this afternoon on Gaines Street leaves one victim with life-threatening injuries, and lingering questions about police reporting policy.

“Following a swift and thorough investigation, it was determined the injured person was the initial aggressor in this incident. The individual was in the roadway acting erratically and accosted the driver, an adult male, through his open window just before the shooting occurred.
After consultation with the State Attorney’s Office, the case was found to be in accordance with Florida’s Stand Your Ground Law.
No further updates will be provided.”

Around 3:00 PM today, there was a shooting on Gaines Street at the cross-walk of Doug Burnette Park, near the FSU Donald Tucker Civic Center.

The police department shut Gaines Street traffic east and westbound around the Park from approximately 3:15  until 4:10 PM.

A disclaimer on the Tallahassee Police Department TOPS scanner only lists it as “Shots Fired (Suspect Seen) with a Weapon.” However, photos taken at the scene clearly show that a victim sustained a serious injury.

One victim was taken by ambulance away from the scene. A bystander said that the person appeared to be heavily injured but alive when put into the ambulance.

A Facebook post made at 4:51 PM by the Tallahassee Police Department described it as “life-threatening injuries” and incorrectly listed the shooting time as “just before 4 PM”. In reality, the incident occurred nearly an hour before that.

The victim’s belongings, including a backpack and an iPhone that was still on, were placed into evidence bags by a Tallahassee Police Department forensic investigator. It is not clear if the victim was a student.