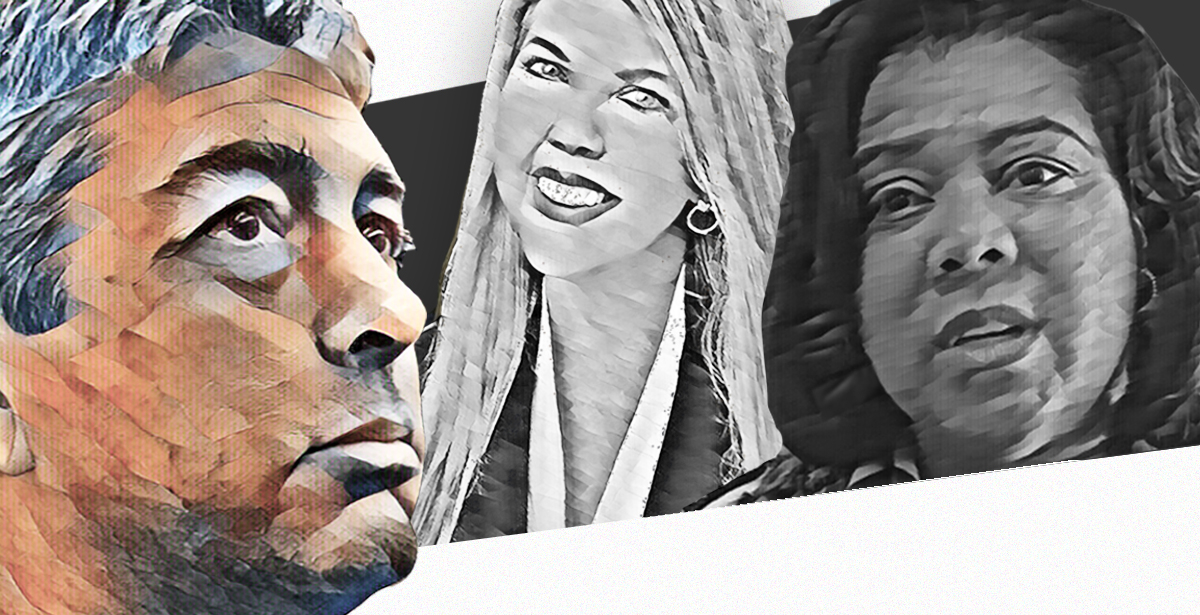 Depositions just released by Manning’s counsel detail racism allegations at the hands of the City’s top executive. Goad was recently given a perfect score by three City Commissioners in an annual review.

“I know racism when I experience it, and I experienced racism at the hand of Reese Goad, Rick Fernandez, and Alison Faris,” said Sandra Manning, the 26-year veteran worker for the City of Tallahassee, in recently released depositions outlining when the current City Executive Reese Goad denied her a promotion to Director of Communications.

“It’s been a traumatic experience going through all of this. I’ve been terribly, terribly hurt. I’ve been devastated over this, and that it’s affected my entire house, my family,” Manning said.

“This is not how I wanted my career to end with the City because I really love the City,” Manning said.

Manning’s depositions were released before her discrimination lawsuit goes to trial in February 2022. In her deposition, she extensively outlines the allegations against the City of Tallahassee’s highest-paid employee, City Executive Reese Goad.

Manning was a highly acclaimed city employee prior to her treatment by Goad.  She was named one of 25 Women You Have to Know by the Tallahassee Democrat. She was showcased in the Capitol Outlook that same year.

A graduate of Florida Agriculture & Mechanical University, Manning came to the city with multiple degrees and started the WCOT television channel in 1995. Manning grew that broadcast network from the ground up, often wholly by herself, and, later, served as Station Manager of WCOT.

Beginning in 2007, until 2015, Manning served directly with Goad, a period during which she occupied Goad’s former role as Director of Utility Marketing within the city’s electric utility department.

Manning alleges that she had to interview with Tallahassee Mayor John Dailey’s campaign manager and unregistered lobbyist Drew Jones to receive that position. Having to meet Jones raises further questions about the role of lobbyists in City Hall, as Jones has received tens of thousands of dollars in lucrative city contracts since Dailey has assumed the role. (TallahasseeReports.com said Dailey’s claim that his campaign manager did not receive public tax-dollar-funded contracts since he was elected was ‘not consistent with public records.’)

Despite Manning’s long service to the City, she was passed over for the Director of Communications role by Goad during the 2016 reorganization of city management. Goad instead gave the promotion to a younger white woman with substantially less experience, Alison Faris. Faris, according to her own deposition, neither applied for nor was interviewed for the position.

Goad and Faris have an unusually close relationship. Goad eliminated the traditional assistant city manager role above the Communications Director so that Faris would report directly to him when he assumed the role of City Manager. Faris was relatively new to the city when she was promoted to Communications Director in 2016, having served just six years with the city.

Manning alleges that despite being passed over for the top communications director job in favor of a white woman years her junior, Goad asked her to train Faris for the job, including overseeing a 2016 Rosa Parks appreciation event.

“A SHAM:” MANNING MADE DIRECTOR OF COMMUNITY RELATIONS, THEN ISOLATED, STRIPPED OF RESPONSIBILITIES, BUDGET, STAFF

Manning details her conversations with Goad once he had confirmed to her that she would not be the Communications Director as he had previously promised. Instead, she says, they would be creating a new department named the Department of Community Relations, which was to be run in tandem with the Department of Communications. In her May 2021 deposition, Manning says that she believed that the creation of this department was “a sham” meant to save face internally and to the public, to cover up her being passed over for the Communications Director position in favor of Faris.

Manning describes how after making her claim of discrimination known to Goad, she was micromanaged by Faris so that her department was absorbed into the communications shop. In addition, she saw all control over her staff eliminated, and had her discretionary budget liquidated.

“I don’t even have the interns, they took those away too. So I’m just down to me working and doing the best I can,” Manning said of being stripped of her full-time staff. She had just two interns, who have since been removed from her office, despite her still holding the “Director of Community Relations” title. She described how out of the 20-plus workers in the City Communications Department, there were just three African American workers.

“I was removed from being on television, of something that I love doing. My staff was completely removed from me. I was humiliated,” Manning said.

“There was something that came up with Mr. Goad, I think it was — I can’t remember exactly, but there’s a cluster and a culture where they’ll be together and they have comradery, but I’m not included in a lot of that,” Manning also said .

Depositions of former City Manager Ric Fernandez show that the position was not to open applications before Goad gave it to Faris. Manning says that in late 2015, she had Goad meet her in her office at the Gemini Building, and Goad told her that she would be the next communications director with the City Manager transition from Anita Favors-Thompson to Ric Fernandez, occurring in late 2015. Weeks later, she would learn from a fellow employee that, as reported in the Tallahassee Democrat, the job promised to her by Goad was given to an employee in Faris who had substantially less experience.

“THIS IS PURE RACISM,” MANNING SAYS AFTER BEING SIDELINED, TASKED WITH THROWING HER YOUNGER WHITE COUNTERPART A ROSA PARKS EVENT

Manning explains in her deposition that when she brought the allegations of discrimination to Goad for being passed over for the position in 2016 that Goad said, “Are you jealous? I think you’re jealous.”

Manning also alleges that outside of El Patron (Apalachee Parkway), the scene of an off-duty officer-involved shooting of a black man in 2015, Goad said, “I don’t care if they kill all the motherfuckers, kill ‘em all,”

Just months later, Goad told her, “You, starting today, you’ll begin to report to Alison Faris.” Manning says that “I became very emotional, I cried, and I felt like I was having a heart attack. And I said ‘When is this racism going to stop?’ I said, ‘We just had the Rosa Parks event and did you get anything out of that at all?’ I said, ‘This is pure racism.’”

In depositions by Alison Faris, she repeatedly stated, “I don’t recall,” when asked a myriad of questions by Manning’s counsel as to how the job was offered to Faris. When asked to explain certain staffing decisions, Faris was admonished to stop laughing. “I don’t know why you’re laughing. But it isn’t funny.” Faris had limited experience in public relations and had worked in marketing for a regional bank, as well as member relations manager at the Greater Tallahassee Chamber of Commerce.

Faris was recently named FMCA communicator of the year, an award that was widely touted under Goad’s executive team at the City of Tallahassee.

Goad has previously come under fire from others, including a Florida Commission on Ethics complaint lodged by the Tallahassee Professional Firefighters President Joey Davis. Davis alleges that Goad called his superior, a high-ranking black employee of the City, and threatened him into trying to force Davis to cease making public records requests, which were filed to better understand the fire department budget in order to advocate for better wages.

This is the Ethics Complaint Now Filed Against City Manager

In an email dated September 15, 2016, Manning emailed the City Commissioners, who had been critical of Faris’ handling of the Hurricane Hermine public communication. Goad responded to the email to Manning privately and said, “Please don’t include the commission in emails like this. We can talk more later. Thanks.”

We can’t do it alone. Since we launched, we’ve been proud to break stories that have been picked up on the local, state, and nation level, but we rely on our readers for your feedback, tips, leads, and insights. Have a correction? Want to offer a quote, or pitch us a story? e-mail us at admin@ourtallahassee.com.