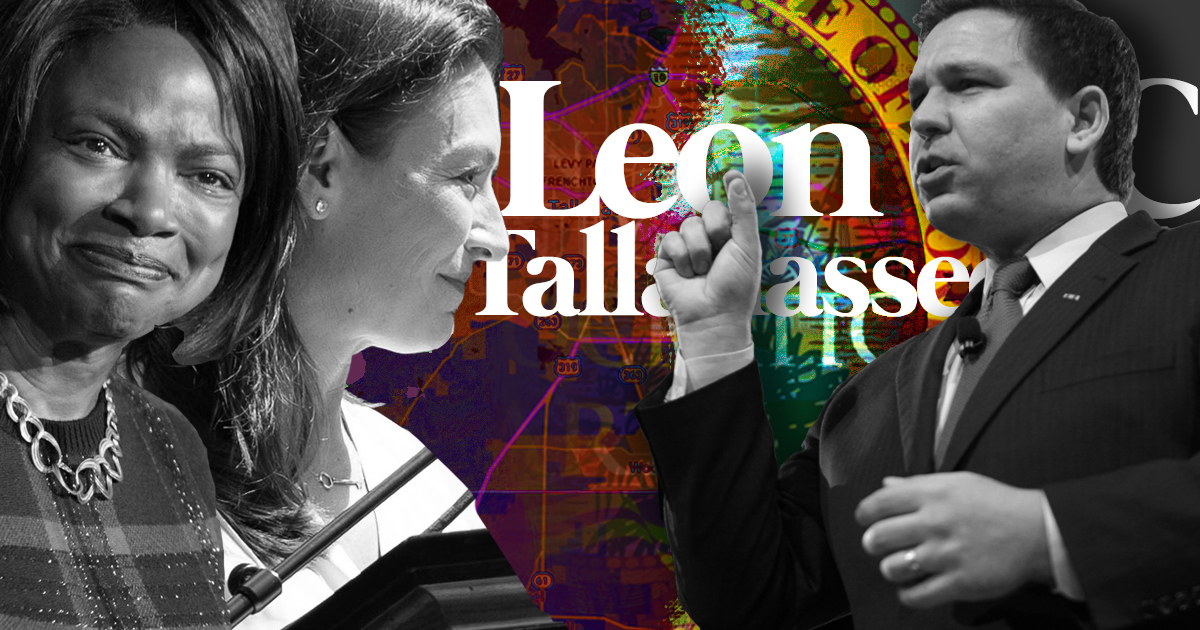 Despite two decades of Democrats caught in a kind of electoral purgatory, Florida was still considered a purple state. However, the 2020 election showed such a significant shift toward Republicans that, barring a dramatic turnaround next year, the purple designation will turn decidedly red.

Still, the Florida Democratic Party (FDP) could always point to the pyrrhic victory of having out-registered the Republican Party of Florida (RPOF) by a substantial amount. It appears those days are gone, at least statewide.

That’s not just Republican boasting, either. In a recent email to supporters, FDP Chair Manny Diaz acknowledged that the gap in party registration favoring Democrats has dwindled to only 54,000 voters. Over the past decade, the RPOF has added over a half-million more voters than Democrats–more than 130,000 last year alone.

Although Politico reports that the most recent numbers show that gap closing to a Democratic advantage of just 23,000 registered voters.

What about bright blue Leon County? One high-ranking elected official, speaking off-the-record, told Our Tallahassee that Leon County Republicans had registered 900 more voters than Democrats had in the last quarter. That prompted our interest and led us to investigate further.

What we found surprised us, given the official’s assessment. Figures provided by Leon County Supervisor of Elections Mark Earley show that, head-to-head, Democrats have broken the Republican state-wide trend of voter registration, out-registering Republicans 931 to 540 over the last six months, or almost 2-1.

Interestingly, No Party Affiliation (NPA) registrations came in at 921, just 11 votes away from winning the registration sweepstakes.

There are probably a number of reasons for such a high NPA registration rate, not the least of which would be Republicans mortified by the Trumpian takeover of the Republican Party and to a lesser extent Gov. Ron DeSantis’ politicizing of almost every issue, including the pandemic.

Yet, even so, Democrats statewide as a whole are not scooping up new registrants at the same rate.

Who, exactly, is responsible for the upbeat Democratic registration numbers in Leon County may be subject to some debate, however.

AND THE CREDIT GOES TO?

The Democratic Club of North Florida (DCNF), a historic Democratic social/activist club, became the de-facto organization for some of the former Leon DEC leaders. The DCNF is chartered with the Florida Democratic Party and the group still has some semblance of Democratic authority in the region.

There is no doubt that the local DEC has been registering voters. Longtime activist and Leon DEC District 5 Representative Kathy McGuire regularly reports in emails on what can only be described as a beehive of activity aimed at voter registration.

However, a recent email from the Democratic Club of North Florida (DCNF) bragged that:
“Region 2 (statewide), under the leadership of Ric Gable, the State Party Regional Field Director, successfully registered over 600 Democrats in approximately 60 days, the majority of which were in Leon County!!”

On September 28th, the DEC is hosting a voter registration drive in the Providence neighborhood and looking for volunteers. Interested parties can learn more here.

However, with a new team in the Leon DEC, and former Leon DEC
“in exile” in the DCNF, our region’s voter registration numbers bring up the question:

Is tension between establishment and progressive Democratic factions actually good for the party?

Party registration numbers in North Florida would suggest that, maybe, it is.

Responding to statewide lapses in voter registrations outside Leon County, FDP Chair Diaz charged in his email that Republican Supervisors of Elections are purging a disproportionate number of Democrats and that Democrat Supervisors of Elections are playing it cleanly. If so, the chairman shouldn’t just put it in emails to supporters; he needs to march down to the Secretary of State’s office, file a complaint requesting an investigation, and hold a press conference.