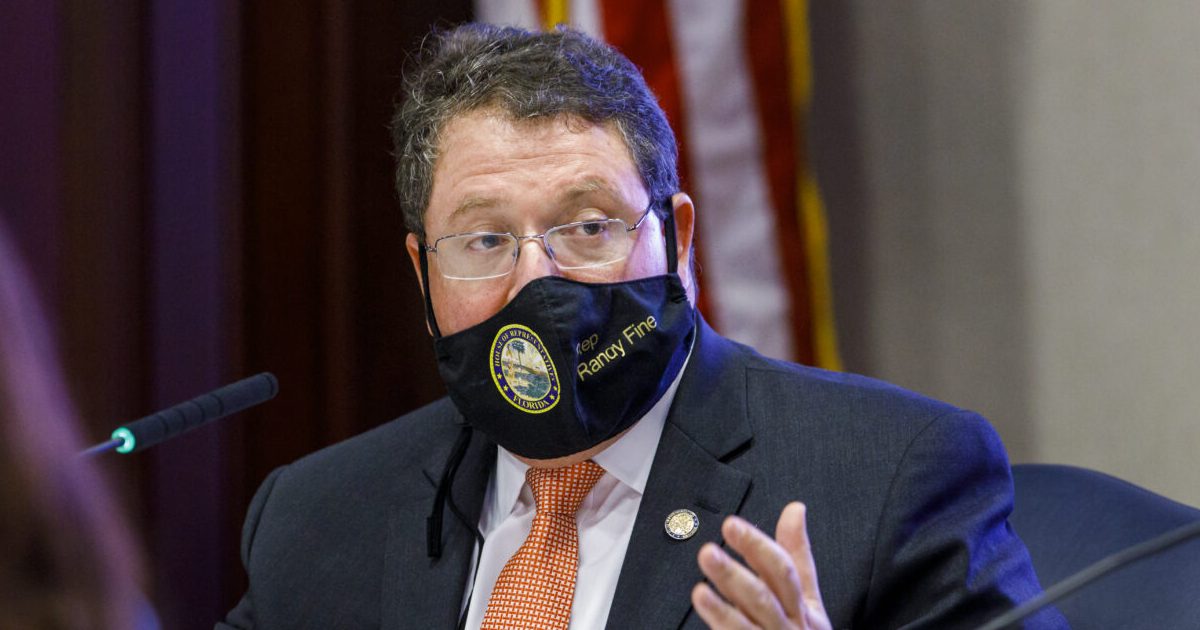 Rep. Randy Fine — undoubtedly with a wink and a nod from the Governor’s Office — hammered the 12 school districts that defied Ron DeSantis’ ban on mask mandates.

Fine is pushing budget language to strip $200 million from the “Dirty Dozen” and redistribute the money to districts that complied.

Political observers of the representative might be tempted to add another adjective: Hypocrite.

Fine introduced significant legislation in 2020 to require the teaching and other remembrances of the 1920 Ocoee Election Day Riots and the Holocaust.

It passed in March 2020, and DeSantis happily signed it.

The Holocaust, which Fine correctly describes as “unique and incomparable,” killed over 6 million European Jews.

Discussing the legislation, Fine said: “In this time of both increased antisemitism and heightened awareness of racial discrimination, it could not be more appropriate for House Bill 1213 to be signed into law.”

Fast-forward one year after the law went into effect, and there was Fine standing at a podium, surrounded by Moms for Liberty, accusing Brevard Public Schools of using critical race theory (CRT) — the Republicans’ newest boogeyman to gin up racial anger with Whites. 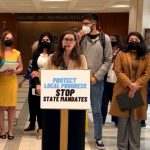 This occurred around the time DeSantis was breathlessly passing a rule (now a statute) prohibiting the teaching of CRT. Both the Governor and Fine dutifully repeated the GOP talking points that “no taxpayer dollars should be used to teach our kids to hate our country or to hate each other,” conveniently forgetting their Ocoee/Holocaust meeting of the minds barely a year ago.

What changed? How did these two go from passing and signing legislation assailing racism and antisemitism to becoming cheerleaders for a movement aimed at sanitizing America’s shameful racial history?

DeSantis still can’t cite an example of CRT being used in Florida and has trouble describing the few instances where it allegedly is being taught thousands of miles away.

Fine, who is Jewish, knows quite well Holocaust education is required in Germany, often to include field trips to the death camps. German officials don’t worry whether this education will make young Germans hate their country or that little German Jews and non-Jews will be discomforted. What they do know is that those who do not learn from history are doomed to repeat it.

DeSantis has a Yale history degree; he, too, knows better.

Fine was joined at his news conference by Anna Ryan, a former Brevard education coordinator; she said she was required to attend so-called “programming sessions” about racism that made her uncomfortable.

Ryan said the words “critical race theory” were never used; nevertheless, she believes CRT is rooted in — wait for it — Marxism!

What Ryan needs to learn is how uncomfortable captured slaves were, shackled together like cords of wood between sweltering hot decks, heads between each other’s legs and the attendant urine, feces and in the case of dysentery, blood. The 2 million that died during this middle passage often laid amongst the living for days until identified by the ship’s surgeon, unshackled and thrown overboard.

That, ma’am, is uncomfortable.

And what is uncomfortable is watching two duplicitous politicians shilling for votes when they have proven, undoubtedly, that they know what they are doing is wrong.

Bob Lotane is the publisher of Our Tallahassee, and served as press secretary to Florida’s Chief Financial Officer and Insurance Commissioner. Originally published in FloridaPolitics.com. Bob lives in Brandt Hills in Tallahassee with his wife and two cats.