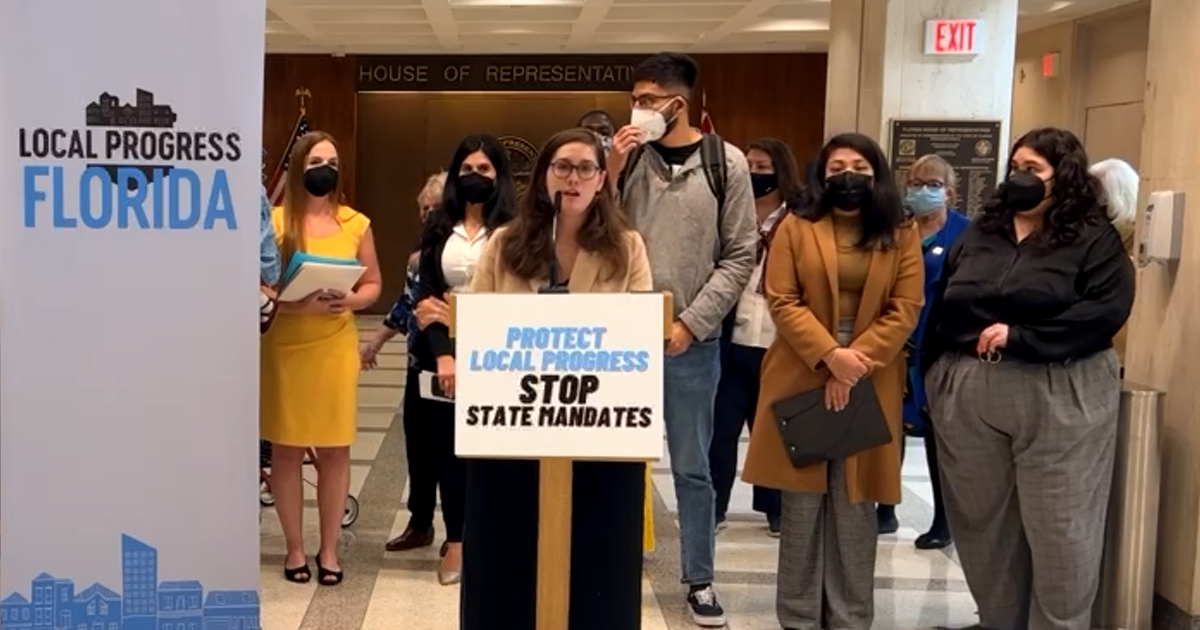 Jack Porter, who sits on the Tallahassee City Commission, cited one example: Florida’s housing crisis. She pointed to trailer park in her community where the owner doubled rents and pushed residents out of their homes.

Progressives activists including elected officials gathered at the Florida Capitol Tuesday to complain that the Legislature isn’t addressing the problems that average people need help with.

“We are tired of a state that continues to demolish the capability of local officials trying to address the needs of their constituents; we are tired of coming year after year to file lawsuits against these bills that are chipping away at our basic human rights,” said Francesca Menes, deputy organizing director for Local Progress, during a news conference.

The group represents a collection of progressive public officials. 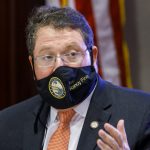 Jack Porter, who sits on the Tallahassee City Commission, cited one example: Florida’s housing crisis. She pointed to a trailer park in her community where the owner doubled rents and pushed residents out of their homes.

“It breaks my heart to get email after email that people are struggling and they have been removed from their house illegally,” Porter said.

One bill pending before the Legislature — HB 537 — would allow landlords to charge monthly fees instead of security deposits. That would reduce up-front costs but hook renters with monthly fees that they wouldn’t get back, unlike a refundable security deposit, according to critics.

Porter argued that policy decision should be left to local government.

Rep. Angie Nixon, a Black Democrat from Duval County, urged repeal of HB1, the “anti-riot” legislation passed last year. The bill toughens criminal penalties against organizers and participants in demonstrations that get out of hand, even if counter-protesters started the trouble.

A federal judge has ruled the law violates the Constitution.

Nixon has filed her own bill (HB 857), which would repeal the old law.