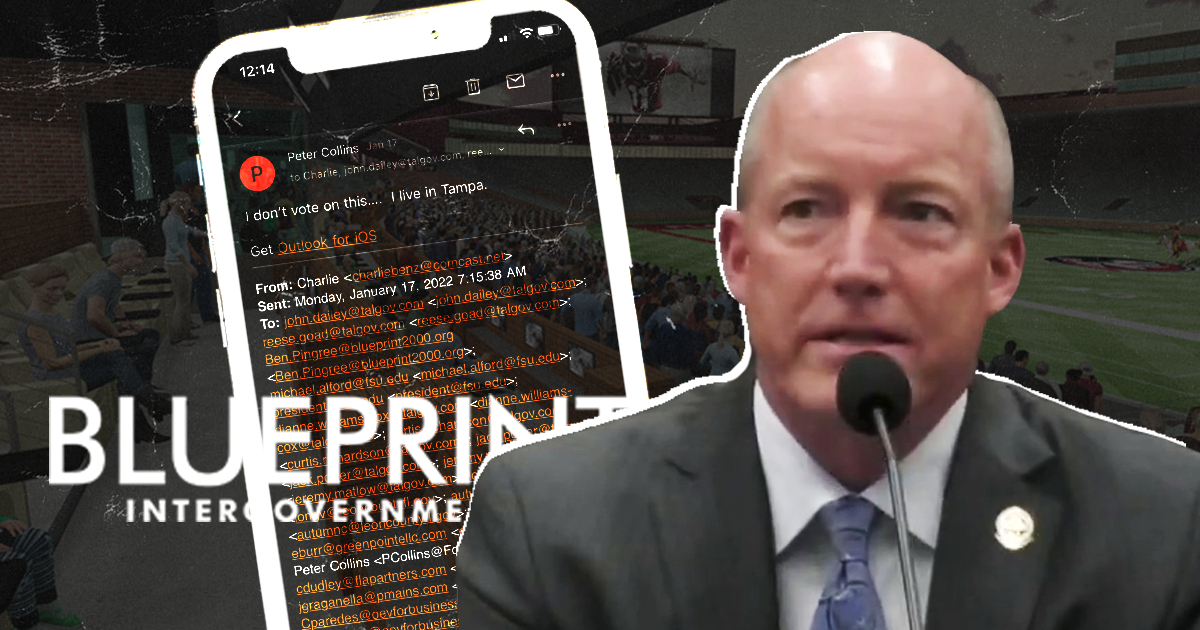 FSU Board of Trustees Chair Says “I Don’t Vote On This. I Live in Tampa” Regarding 27 Million Dollar Seminole Boosters Deal

On Saturday, we published an opinion by our publisher Bob Lotane about the forthcoming final vote on the 27 million dollar Seminole Boosters deal for luxury stadium seating. We’ve published multiple articles about the deal and produced videos to make the community more aware of the planned usage of our public dollars, meant to be used for economic development.

We also included a list of key decision-makers and their emails at the bottom of our article. Unlike previous outreach efforts, we suggested reaching out to people beyond the City and County Commissioners. The reason for this was simple: we believe that politicians become immune to outrage from the public. To our knowledge, it wasn’t entirely clear how informed the Seminole Boosters organization or the Florida State University Board of Trustees was about the widespread objections to the usage of our dollars.

The list we provided included FSU President McCollough, the current Chair and the Vicechair of the FSU Board of Trustees, the FSU Athletics Director, and the Chair of the Seminole Boosters.

These individuals at the Boosters and University have substantial leverage to stop the funding request dead in its tracks. The Board of Trustees hires and fires the university president and sets the university’s legislative, academic, philanthropic, and athletic priorities. Naturally, there exists a considerable amount of intangible political influence that goes along with being the Chair of the Board of an institution like Florida State.

Once our article was posted, members of the public began emailing the list, which included Collins, expressing their opposition to the project– we know that because we included ourselves on the provided email list.

We did not expect the FSU Board of Trustees Chair Pete Collins to begin responding to people. Collins emailed at least two people dismissive messages on Saturday night, telling them, “I don’t vote on this. I live in Tampa.”

We believe it is a dereliction of his public duty to the University to dismiss members of the Tallahassee community — Florida State’s home — with this communication. In one case, Collins’ response was sent as a reply all — sent to every City and County Commissioner, which made sure that Leon County’s leaders were made aware of exactly just how much he doesn’t give a damn.

One resident, Charlie Benz, who received Collins’ reply was outraged, “Collins saying he doesn’t vote on Blueprint funding because he lives in Tampa sounds like Pontius Pilot,” he said. “If he cares about our community as much as FSU, he would consider withdrawing the request for the community’s money,” said Benz in a statement.

We think that while Collins’ role at a public university obligated him to take seriously the community within which that university is located and on which the university depends. Collins’ response instead demonstrates a misunderstanding of his public position and a certain arrogance in thinking he can disregard public input.

Collins surely must be aware of the pending project request in front of Tallahassee’s elected leaders. Collins has been getting briefings on the status of the project for his entire tenure on the Board.

Seminole Boosters Deal Frequent Topic of Board of Trustee Meetings

At the November 12th, 2021 FSU Board of Trustees meeting, Trustee Craig Mateer presented a slideshow that mentions the 27 million dollar Boosters deal and local funding.

At the September 24th, 2021 FSU Board of Trustees meeting, Seminole Boosters Chair Jimmy Graganella made a presentation to the board, saying, “There’s a lot of things we need to do. The stadium needs upgrades. I’m throwing out a little punch, there’s a vote on the City Commission this Monday, we’re meeting with them to help get a grant to help improve our stadium, and so that’s an important thing for us, there’s money set aside, and we’re hoping we can get them to engage, and get them to give us some grants of that money to help us improve our stadium,” said Graganella, seen rubbing his hands together in the video.

At the June 17th, 2021, FSU Board of Trustees meeting, both then-FSU President John Thrasher, as well as Athletics Director David Coburn discussed the Blueprint Project. “It will supplement an incremental $100 million investment from Seminole Boosters that will enhance the stadium experience and seating opportunities,” Thrasher said at the meeting.

Hours later, at the same meeting, Coburn returns to the subject of the Blueprint funding — referring to the behind-the-scenes lobbying efforts by the University and Board of Trustees, Coburn says: “Oh and the President talked about that, he never mentions, but you should be aware, that he played a key role in that, he was very very helpful, as he always is.”

It’s not clear how the University coordinated lobbying efforts to Blueprint members or what was involved in the behind-the-scenes efforts that Coburn was referencing.

Our Tallahassee has put in multiple public records requests to the University and one hasn’t received a response after more than a month, asked for emails from Coburn regarding the project. Another request asked for emails from FSU Real Estate Foundation Director Kevin Graham regarding the project, attorneys representing the university said that due to Graham being an employee of the FSU Real Estate Foundation, a “direct service organization” (DSO), it exempted his emails from Florida’s sunshine law.

Thus the public is left to patch together the crumbs of information available through communications via email and FSU Board of Trustees meetings on the matter. Meanwhile, official press statements of Florida State have been claiming themselves the victim of “propagated misinformation” about the Boosters deal, claiming that they are “under attack” from members of the public who are opposed to the deal. The truth, humility, and public records are in short supply under current Florida State leadership.

FSU’s Board of Trustees Chairman, Pete Collins, is no different.

Governor DeSantis appointed Collins in November 2020. Our research uncovered a previously unreported $100,000 donation from Collins to DeSantis’s re-election effort shortly after his appointment to the Board of Trustees, which brings up questions about Collins’ fitness to serve.

The donation lists 2501 S MacDill Ave Tampa, FL as the contributor address– which matches the address where dozens of Collins’ companies are housed, according to public records on the Florida Division of State website, including Myrtlewood Management Inc.

Gubernatorial candidate for Governor, Nikki Fried, recently claimed that people close to the Governor told University Board of Trustees members to contribute $100,000 to the Governor’s political committee or face removal.

We have seen in the past six months what public universities look like under this gubernatorial administration, driven by politics and personal relationships above faculty unions and public health experts, as was the case with the Chairman of the University of Florida Board of Trustees.

Just this week, WFSU’s Lynn Hatter interviewed the University of Florida United Faculty Vice-President Meera Sitharam in an article exploring political conflicts of interests on university boards. Sitharam said that under DeSantis, there has been a focus on creating jobs and national college rankings, which has been heightened by putting people from business backgrounds on university boards. Sitharam says that creates potential conflicts of interests and subjects university policy to undue political influence.

“To what extent, and how are these people screened?” she said. “The university is a non-profit.”

The Florida State Board of Trustees meets on February 8th.

MORE ON THE SEMINOLE BOOSTERS DEAL ON OT TV >>> 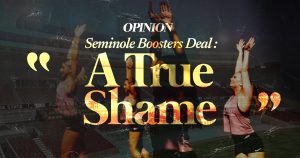 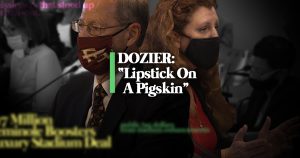 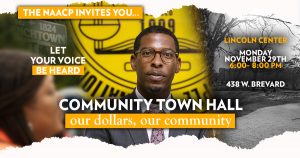 NAACP Calls Townhall Monday: How Should We Spend $27 Million? 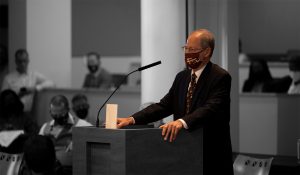 The final vote on the deal will be at Blueprint Intergovernmental Agency Board Meeting (OEV Meeting) on Thursday, February 24 from 3:00 pm – 6:00 pm.

The meeting will be held at City Hall, 300 S. Adams Street, Tallahassee Florida, 32311. Session will be going on and parking will be very limited. We suggest parking on the street around Park Avenue or Kleman Plaza if you plan on attending the event.

The below list includes City and County Commissioners, and executives of Blueprint, as well as leadership at the Seminole Boosters, Florida State, the Chamber, and the Florida State Board of Trustees. You can copy and paste the below email list into your email client to email the key decision makers of this project.