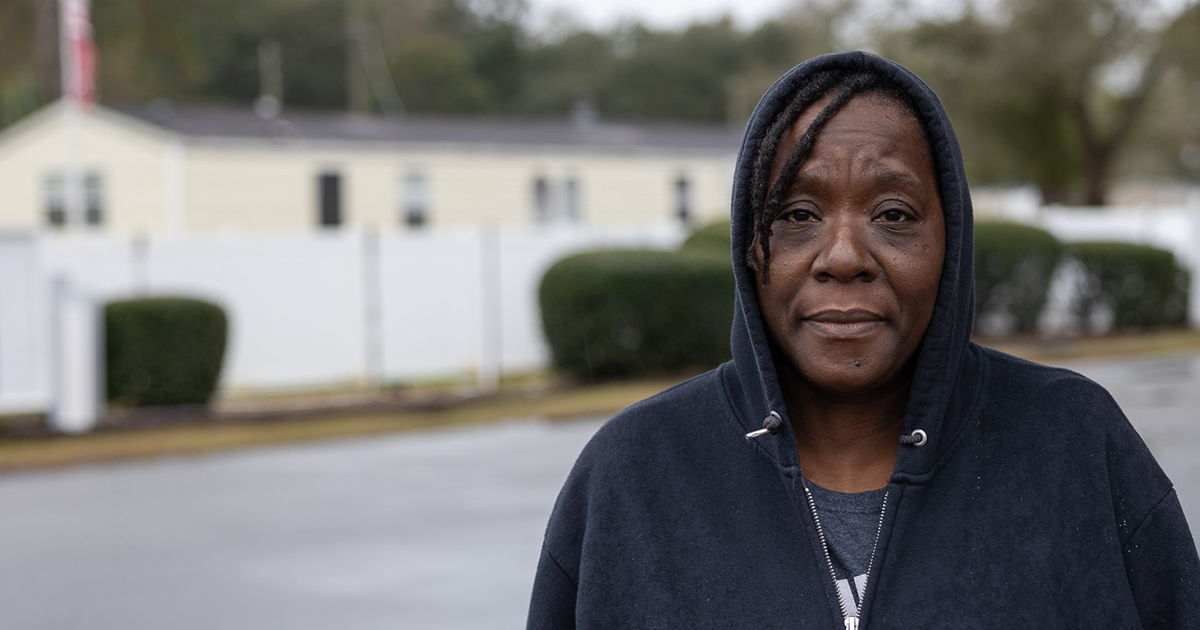 Two governmental actions taking place on opposite sides of Tallahassee this week have some elected leaders questioning Florida’s regard for the poor and those living on the margins.

A small but growing group of officials started by City Commissioner Jack Porter and School Board Chair Darryl Jones, now including State Rep. Allison Tant,  and City Commissioner Jeremy Matlow — have taken up the cause of a West Tallahassee mobile home community purchased by an Orlando investor.

As reported by Florida Politics, since the August sale rents have doubled at Florida Sun Estates, tenants have been forced to purchase their mobile home, communications have been nonexistent or threatening and a path that schoolchildren living in the park used to safely come and go from Sabal Palm Elementary School was blocked.

Speaking at a press event to draw attention to the issue, Matlow said, “Let me be clear, they bought this property not as an investment. It is not investing to buy a property and double the rent. That is predatory behavior,” he said.

Unfortunately, what Porter has learned in the weeks that she has spearheaded the issue, is that under Florida law all of this is perfectly legal. The tenants have virtually no rights.

Across Town, the Legislature Illustrates the Problem

While Porter and Company stood with tenants in the rain, lawmakers coordinated with well-heeled lobbyists to turn-the-screws on financially strapped Floridians who have fallen behind on the real estate taxes. Tax-lien auctions allow private investors to purchase the liens — take responsibility for the taxes — and charge interest rates of up to 18% to have the lien released or collect if the mortgage becomes delinquent.

In recent years, large investors have conspired to change the laws to crowd out smaller investors. The latest attempt, SB 1256, is being pushed by Sen. Joe Gruters, also the chairman of the Republican Party of Florida.

Normally that would be enough firepower to pass such a ghoulish measure, but to make sure, Ellyn Bogdanoff, a former state representative hired to lobby the bill, spread $50,000 in donations to a variety of committees controlled by legislative leaders.

While the tax lien auction process is useful, it is hard to argue against the ghoulish nature of bidding to charge interest to property owners already in financial distress. The most common reasons people fall into financial distress are medical bills for large life events, death or divorce.

What Would Jesus Do? No, Seriously

Doing a little back-of-the-napkin math, it’s safe to say the GOP votes to pass this bill are coming from people who describe themselves as Christian – real Christian.

Do the ghoulish tax-lien legislation and the actions of the new owner of Florida Estates in any way of what Jesus did at the Temple in Jerusalem? Overturning the tables of the greed merchants preying on the poor; an act widely considered to have led to his crucifixion.

If the baby Jesus were brought back to Tallahassee last Friday it is likely he would’ve gone to the Capitol to overturn some furniture occupied by the tax-lien ghouls and then gone down to Florida Sun Estates to mess up the office a little.

Having learned that Florida law provides little meaningful tenant relief, Porter has joined with Tant, Jones and Matlow to set up a relief fund for the Meadows Mobile Home Park (the former name) to help with relocation expenses.

You can visit the page by clicking here.

As for inculcating any humanity into SB 1256, don’t hold your breath. So far committees are green lighting the legislation which shows no sign of slowing down.