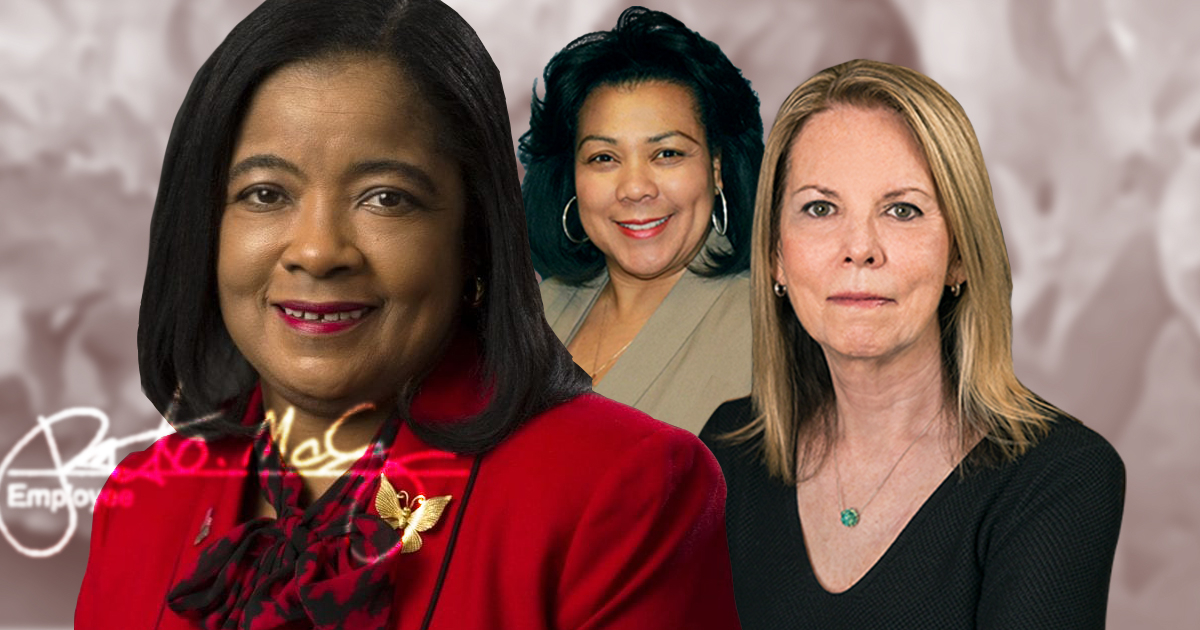 McCray, Manning, Mattox, a Legal Perfect Storm for Goad on the Horizon

Subpoenas, Discrimination, and Severance Agreements: There is a perfect storm of a former worker’s trial brewing under the legal guidance of Marie Mattox, and it could spell bad news for city executives.

Dr. Sandra Manning
Former City Director of Utility Services, worked for the city for 20+ years. She alleges that she was denied promotion to Communications Director in the city controversial reorganization in  2015-2016 in addition to other acts of discrimination.

In a shocking turn of events in the Sandra Manning discrimination case, since our last report, Manning’s counsel, Marie Mattox, has requested a hearing for Judge Cooper to issue a subpoena for the testimony of Patricia McCray.

Patricia McCray is a former city worker who served under City Manager Reese Goad for years. Manning “believes that [McCray] has information about the failure to place [Manning] into the Communications Director position.”

Goad is the current City Manager who was appointed in 2018 before the new Commissioners took over. He is the subject of Manning’s discrimination case, as well as McCray’s. Fernandez served as a mentor to Goad, who promoted him through his own career at the city.

Manning is a 20+ year veteran worker of the city who says she was denied the Communications Director job. She says that instead, City Manager Reese Goad invented a “sham” department for her to lead and stripped her of staff and budget.

McCray is a former city worker who was fired from the city in 2017. She filed a discrimination case against the city, which was thrown out because of language in her severance agreement. Manning wants McCray to testify in her discrimination case.

McCray was a very high-placed city worker, serving directly under Reese Goad for years, and, then under City Manager Ric Fernandez on the 4th floor of City Hall. McCray herself had previously sued the city for discrimination, in a 2018 complaint.
McCray says she was directed by Reese Goad to hire Kristina Fernandez, who was the sister-in-law of then-City Manager Ric Fernandez. When McCray objected because it violated city nepotism policy, “Goad threatened McCray and told her that she would lose her job if she did not comply.” Fernandez would later resign from the position of city manager after the Florida Commission on Ethics found he had taken FSU skybox tickets and accepted a wedding discount for his daughter, Delia Fernandez’s wedding.

Fernandez was the City Manager from 2015-2017, when he was suspended and ultimately removed from office for soliciting FSU skybox tickets, a wedding discount for his daughter from lobbyists and city vendors.

ALLEGED SPYING ON WORKERS, COMMISSIONERS, FAVORITISM WITH CONTRACTS  TO FIRMS WITH ‘SPECIAL RELATIONSHIPS’

McCray also states that Goad directed her to give a 24% raise to a custodial worker at City Hall, Benjamin Pye, and did not offer a reason. McCray has said that Goad rewarded some custodial workers to serve as ‘spies’ on workers and commissioners alike on the fourth floor.

Goad denied the “spy” charge to the Tallahassee Democrat in 2018. The Democrat reported that Goad said some of the claims have “an element of truth” but were twisted into “something else.” “The motivation and all of that — is it legal strategy?” Goad asked in an interview. “Is it just being disgruntled? Is it being vindictive? I don’t know. Maybe all of the above. But at the end of the day, some of it is grossly wrong.”

McCray’s complaint also states that McCray was exposed to “illegal and/or unethical activities including, but not limited to, the provision of city contracts to vendors with special relationships to city management without said contracts being subject to an RFP.” Those special relationships, McCray says, caused “records being withheld from public records requests such as those previously requested in connection with the VancoreJones contract in which a $250,000 invoice from Blueprint 2000 budget being improperly/illegally withheld by Goad.”

VancoreJones is the Tallahassee Mayor Dailey’s longtime political consulting and lobbying firm, which has come under intense scrutiny in the past few years for their undue involvement in local government working as unregistered lobbyists. TallahasseeReports.com reported that “Dailey’s Comments on Vancore-Jones Not Consistent with Public Records” regarding his claim that his closely aligned political consulting firm has not gotten public contracts since he was sworn into office. In Sandra Manning’s complaint, she claims that she even had to interview with VancoreJones’ principal Drew Jones to receive the Director of Utility Marketing job.

Goad later boasted about it on a recent podcast interview with Steve Vancore, namesake principal of VancoreJones, that he was proud to bring his brother-in-law, Adam Jacobs and family to town through his role as city manager. “I went to school to become a banker, and I’m a city manager, and thank God I’m the city manager, it is so rewarding to see the things that happen in my community, where I live, where I raised my children, where I’ve recruited my wife’s brothers and sisters to Tallahassee.”

An attorney representing both Sandra Manning and Patricia McCray. Mattox has made her legal career around representing city workers who have been discriminated against or wrongfully terminated.

McCray was also a client of Mattox before the case was dismissed because McCray had unwittingly signed away her legal rights to sue in her severance agreement. McCray’s case never had the chance to go to depositions. Manning’s attorney, Mattox, is asking the court to subpoena McCray’s appearance in Manning’s trial so that they can allow McCray’s testimony outside of the severance agreement, which essentially serves as a gag order for her to speak about her employment in any litigation.

Marie Mattox has taken on nearly every workers’ rights cases over the last decade at Tallahassee’s City Hall. Mattox rarely takes a case to trial and often reaches settlements for her clients. While a settlement is still possible, bitterness in this case, which is reflected in e-mails, and the trajectory of this case, make it seem more likely the case may indeed go to trial.

Unlike the Federal corruption trial, this trial would be able to be broadcast, photographed, and recorded. While other local city hall trials such as Maddox’s residency hearing, Erwin Jackson’s Sunshine Violation/Vacancy Appointment case, and Washington Square easement case have been in local court, this would be the first labor trial to go to court in modern time.

On Thursday, Judge John C. Cooper set a hearing for January 18th on whether to subpoena Patricia McCray to appear in Manning’s February trial.

For the first time, the public could learn about what McCray has to say about her time working under Tallahassee’s city manager.