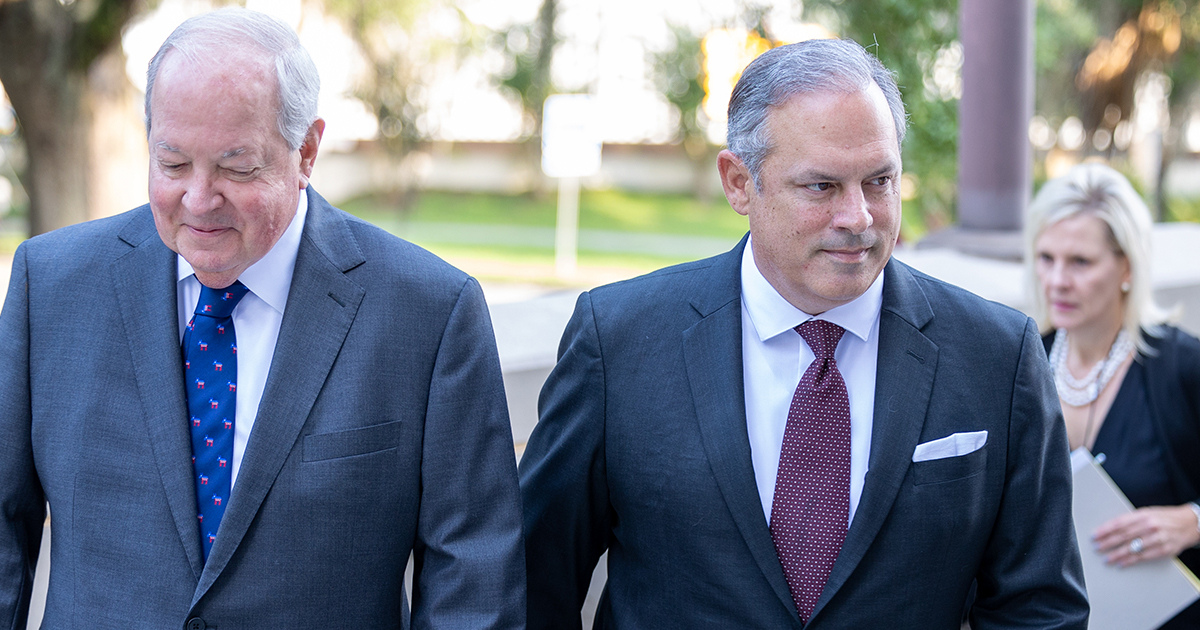 The otherwise predictable trial today deteriorated faster than a Wal-Greens at Tennessee and Monroe.

Former City Commissioner Scott Maddox took the witness stand in the Tallahassee public corruption trial on Monday. Maddox testimony against JT Burnette was primarily about the McKibbon Hotel Group (MHG) deal.  On the stand, Maddox called Burnette “a good friend” and was largely expected to be the star witness of the defense. Maddox’s proximity to Burnette had the potential to provide damning testimony of the racketeering scheme the government alleges the two took part in.   When asked what they did together, Maddox replied quickly “drink bourbon.” 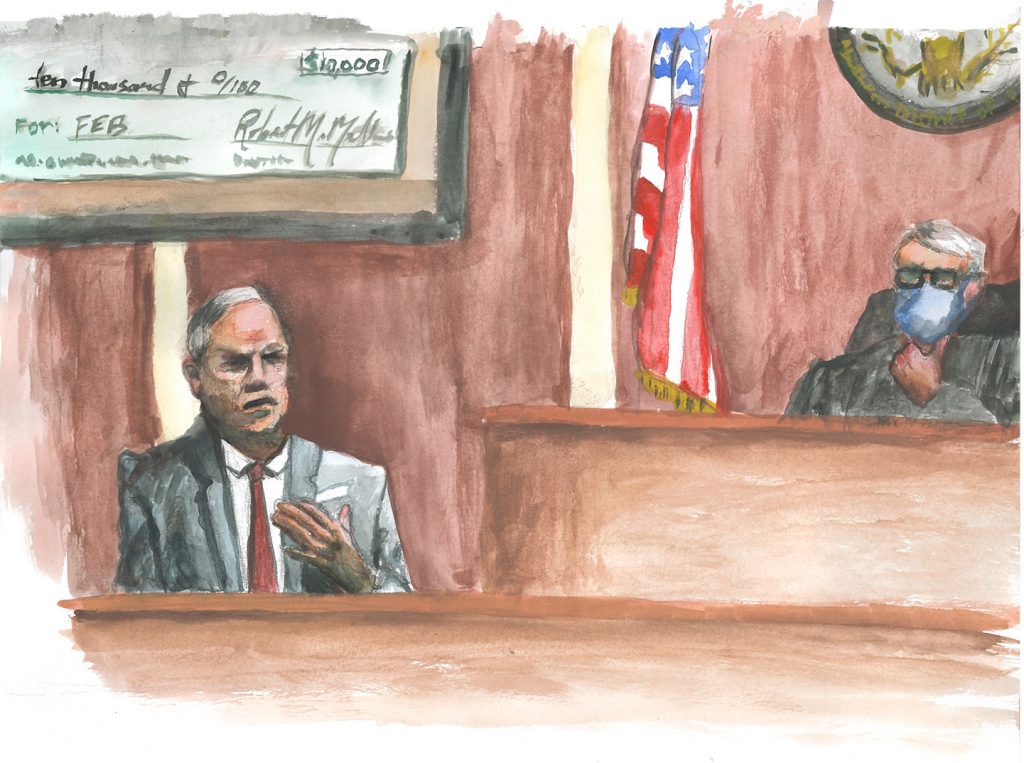 MCKIBBON, FALLSCHASE, MYERS PARK
MADDOX: “THAT WHOLE DEAL FROM THE START I SET UP SPECIFICALLY FOR JT"

Maddox and undercover agents had a chance run-in at Madison Social in early October 2016. Maddox recalled little of their interaction, blaming his excessive drinking at the time due to going through a divorce.

On the stand Monday, Maddox recounted his intial reaction to meeting the agents to Burnette the next day.  “I met this guy that looked like Whitesnake and he was trying to get me to drink a lot”. Maddox said, referencing meeting undercover FBI agent Mike Sweets at Madison Social the night before.

MCKIBBON – Maddox says Burnette approached Maddox and asked him to not support the extension of their agreement with the City of Tallahassee’s option to buy for the CRA owned parcel adjacent to Aloft hotel. According to Maddox, Burnette also asked Scott to take lobbyist Paige Carter-Smith off the project, which they did. Maddox explained that the $100,000 funneled through KaiserKane, a company owned by Burnette‘s cousin was the estimated client value of McKibbon and was paid to make up for the loss of revenue for Carter-Smith dropping MHG as a client. Maddox said Paige Carter-Smith wasn’t aware of the “other part” of the deal for $100,000, which was that Maddox wouldn’t support McKibbon.

FALLSCHASE – Maddox represented that the business relationship between Governance and Southern Pines Development was a legitimate one, and created no conflict because at the time Fallschase was in the county. While Maddox admits that they did discuss the annexation process as part of the development, that they didn’t discuss Maddox not-recusing himself from an annexation vote.

MYERS PARK – Maddox, in undercover recordings at Madison Social repeatedly told agents to include JT on any project for the Myers Park parcel. “I would go in with JT (Burnette) — if it were me” … “I would think he’d have an edge”. “That whole deal from the start I set up specifically for JT (Burnette)” Maddox can be heard saying on the recording.

“I should not have said the things I said at Madison Social” Maddox said during his testimony. The recordings, previously unheard by the jury, shed a light on critical evidence of extortion and honest services fraud against Maddox and Burnette.

On February 22nd, 2017, during the City Commission meeting’s sharing of ideas, a section for unagendaed motions, City Commissioner Gil Ziffer made a motion to withdraw the comp plan amendment sought by the City to rezone the Parks and Recreation parcel to central-urban, which would have allowed for the development Burnette and FBI agents sought. On cross-examination, the defense pointed out that Maddox actually voted 5-0 against an agenda item which suggested issuing a Request for Proposals for the sale of the city owned parcels in Myers Park to build a home for adults with disabilities.

That same February 2017 meeting, the Commission would consider an agenda item to continue a moratorium for medical marijuana retail centers, a move promoted by Trulieve across the State of Florida. Maddox advocated for a continued moratorium, a huge win for Trulieve, who was already operational in Tallahassee at the time and helped them establish a market dominance that continues to this day.

Maddox’s testimony illuminated his inner office’s working habits. Maddox testified that as matter of practice he never checked his emails and had his aide print them off, and he’d write by hand comments instructing his aide to reply.

Maddox says Erwin Jackson and him met at Jackson’s office in 2012 and Jackson told Maddox that if he ran against Steve Stewart for City Commission “he would ruin me”. Maddox did, and won. And Maddox said that’s when Jackson’s “bullying” of him began.

In the early afternoon, government talked to Maddox about Fallschase, the Vegas trip, and Maddox’s conversations with Mike Sweets at Madison Social.  Maddox discussed the party-environment of Adam Corey’s skybox suites where he first met undercover agents. Maddox says Corey had a designated staff person who’s job it was to stand outside FSU skybox and try to drag elected officials and other important people into the skybox suite.

However, a source that repeatedly frequented the skyboxes in question told OurTallahassee.com on the condition of anonymity, “No one had to be dragged in. They all wanted in.”

SKYBOXES, LAS VEGAS AND ADULT DANCER:
MADDOX: “I DIDN'T WANT TO GO IN THE FIRST PLACE”

“He (Burnette) was the one who told me they wanted to hire Paige Carter-Smith for Fallschase.” Maddox said on the stand on Monday. Maddox claimed that he never had conversations with Burnette instructing him to pay Governance.

Maddox contradicted the former testimony given last week by his girlfriend Paige Carter-Smith. Maddox asserted that he, Burnette, and undercover FBI agents never discussed official actions. Maddox claimed that he never received any money from Southern Pines Development lobbying payments made to Governance Inc. In total, Southern Pines Development, a fictitious FBI front group paid Governance four payments of $10,000 a month, totaling $40,000 between November 2016 and February 2017. “She received a check from Southern Pines and didn’t know what it was,” Maddox said, claiming that there was confusion about Southern Pines’ relationship with Governance when the payments started in November 2016.

Referring Burnette’s purchase of the little person dancer on their second day in Las Vegas, Maddox told the jury that “It was just a ‘ha’ thing, it wasn’t anything more than that. I told the lady to keep her clothes on.” Maddox also explained that contrary to undercover agent Mike Sweets’ testimony previously this week, his interest in little people was not as the agent had described ‘a fetish’ but rather just a running joke started. Maddox claims it originated from changing Gary Yordon‘s cell phone background to a little person stripper years ago, and it was an ongoing prank that lasted years. One year, he says, his family said that they had a birthday surprise for him the same night as Yo-Yo Ma’s performance in town, and to his surprise, they had instead bought tickets to a little person wrestling event at a local bar in Tallahassee.

Maddox claimed that when he came back from Las Vegas, he met with City Attorney Lewis Shelley, and advised Shelley that he would not be expensing the trip to his City Commission office budget, because they did not have the planned presentation to investors.

According to Maddox, After Burnette seemed eager to connect Maddox with the agents out of town, Maddox told the jury his thinking at the time. “I don’t know these guys and I don’t want to hang out and party with them.”

Maddox was an unhelpful witness for the defense who did not acknowledge that there had been any wrongdoing done by any party, despite him pleading guilty in the case.

Cross examination of Maddox was more like a high school reunion than a witness interrogation. Defense Attorney Greg Kehoe asked Maddox “You individually didn’t think there was anything wrong with depositing those checks into Governance’s bank account?”. “No sir” Maddox replied. 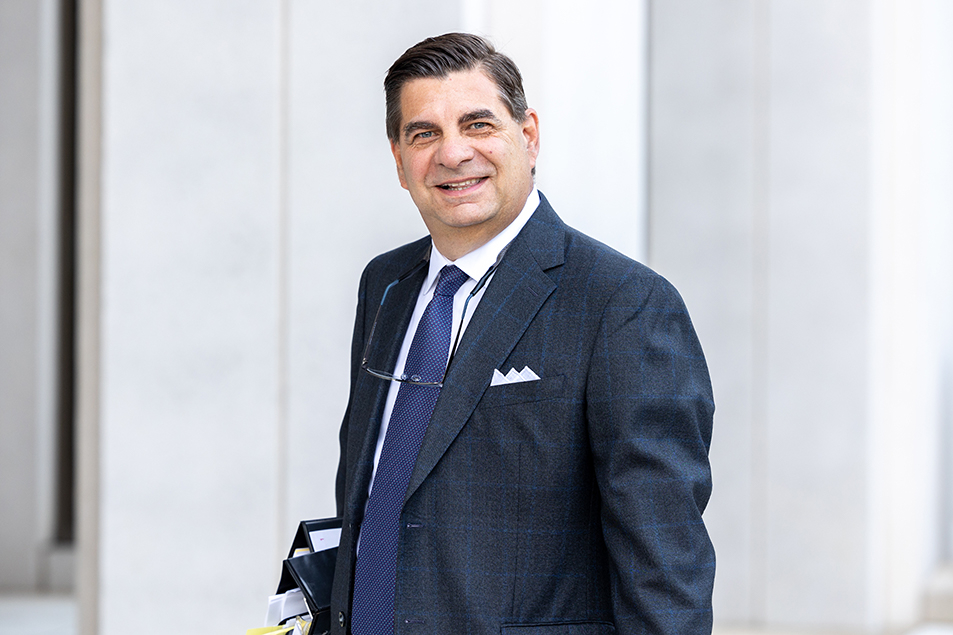 Burnette Defense Attorney Tim Jansen poses for a photo outside the federal courthouse. 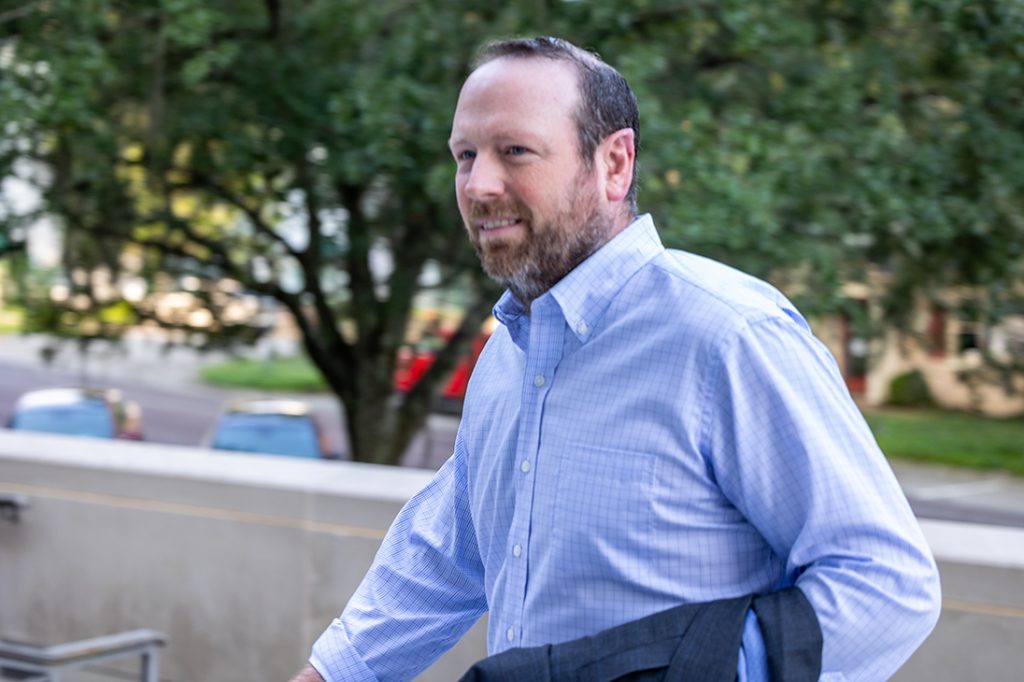 JT Burnette walks into the federal courthouse on July 26th, 2021.

The government called FBI agent Evan Hurley up to discuss when FBI agents appeared at the door of JT Burnette in May 2017 and had a brief five minute interview with Burnette. At the time, the federal agents were asking JT what we knew of then-undercover agents Mike Sweets, a supposed medical marijuana entrepreneur.

“JT, Josh and somebody from the FBI is here to see you” Kim Rivers, CEO of Trulieve, and now wife of JT could be heard in the recording.

In a recording played Monday, former Agent Evan Hurley can be heard asking “Whats the deal with Mike Sweets”. Burnette replied that “All I know is Mike (Sweets) is friends with a developer.”

THE DEFENSE BEGINS:
JUDGE: ITS NOT A DEFENSE TO SAY "LOOK AT THESE OTHER THREE TIMES I DIDN'T PAY A BRIBE"

The defense called up two experts who explained evidence that was offered to the jury including the forensic process of collecting text messages, and about  the financial relationships between the “waterfall” of repayment of investors in companies. Much to the annoyance of Judge Hinkle, these defense expert witnesses continued to speak to issues unrelated to the case. Hinkle reprimanded the witnesses, but this event was quickly overshadowed by the defense’s next move. In a bombshell announcement, the defense attempted to call JT as a witness.

A stunned room looked on as the defense explained that they wanted JT to testify about his work on the Killearn County Club and Imagine Tallahassee, the think tank led by JT and his wife which led to the majority of Blueprint 2020’s priorities. Hinkle repeatedly admonished the defense throughout the later afternoon.

The defense said that they have between two and four remaining witnesses, JT, Nancy Linnan or Keith Dantin (both of whom would testify about the nitty-gritty of Fallschase), and potentially Josh Doyle or recalling FBI Agent Evan Hurley back to the stand. Hinkle criticized Burnette testifying in the case as to his past projects because he said it’s not a defense to say “look at these other three times I didn’t pay a bribe”. Hinkle seemed to support the defense’s assertion that it’s a demonstration of JTs political capital in the case. After Hinkle dismissed the jury for the day, they discussed the possibility of doing a bench trial, where Hinkle would make a ruling outside of a jury deliberation.