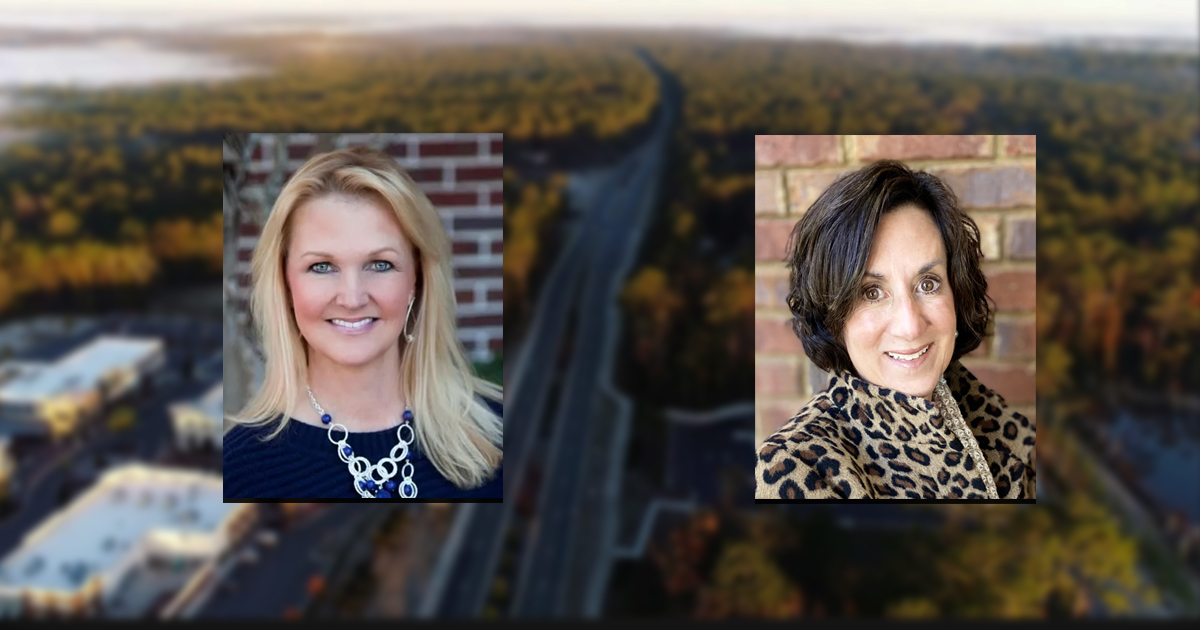 DeeDee Rasmussen held off the announcement of her resignation for at least four months, while Laurie Lawson-Cox claimed she was running for the seat in 2024, collecting thousands from education lobbyists and individuals who endorsed Rasmussen, following her last-minute resignation announcement, the public is left with just days to field any alternative candidate.

In just six days, Republicans in Leon County will win their first seat on the Leon County School Board.

Four months before incumbent school board member DeeDee Rasmussen announced her resignation from the District 4 Seat in early May — two years before the 2024 expiration of her term — Leon County Republican, Laurie Lawson Cox had quietly filed to run for Rasmussen’s seat when it naturally would be coming up in 2024.

Filing for a seat 35 months out falls substantially outside of political norms, but the blizzard of fundraising and political campaign activity which took place over the next four months has raised even more questions regarding coordination between Rasmussen and Lawson-Cox.

While insiders and politicos in the Northeast Tallahassee school district were aware of Lawson-Cox focus on the seat, longtime incumbent Rasmussen’s delay in announcing her resignation left potential candidates virtually no time to mount a credible campaign in time for qualifying in June and certainly not enough time to collect signatures and avoid a qualifying fee.

Elaine C. Kamarck, a senior fellow at the Brookings Institution says that election rigging can include more broad ways of tilting the playing field, which include giving a candidate an advantage or disadvantage in some part of the system not related to the election outcomes themselves.

“Accusations about the electoral system being “rigged” should be taken seriously since they cut to the heart of our democracy,” says Kamarck.

An analysis of the public records and website domain data details the advantage that Lawson-Cox gained.

Laurie Lawson-Cox declined to comment on this story through a campaign spokesperson.

January 24th, 2022 – Cox filed for office for Rasmussen’s seat in 2024, allowing her critical fundraising months to fundraise for an office that supposedly wasn’t up for another 35 months. Cox lists her treasurer as Rich Heitmeyer, the same treasurer as Rasmussen’s 2020 campaign.

Having a treasurer sign up to represent two clients in the same election would violate the most basic rules of accounting, pointing to coordination between Cox and Rasmussen’s campaigns. Cox reports $3,355 in campaign contributions for January. 100 days before Rasmussen’s resignation.

February 2nd– Nine days after filing, key education lobbyists and the CEO of an insurance firm which had previously supported Rasmussen began writing checks to Cox’s campaign. Cox reported $25,655 in campaign contributions in February.  This is a highly unusual amount of money to be raising with more than two years before an election. It was 91 days before Rasmussen’s resignation.

May 4th – Rasmussen announces that she’s not running for re-election. She announces 27 days before the legally required deadline. Cox already had $42,539 raised by this point.

May 31st – Rasmussen’s legally required notification date of letter of resignation –10 work days from the first day of qualifying. 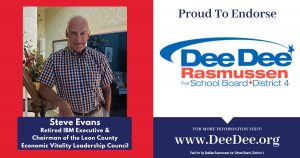 A review of the two’s overlapping campaign contributors shows that a group of education lobbyists contributed just nine days into Cox’s campaign in early February. Steve Evans and his wife, also donors of Rasmussen, contributed in April, more than a month before Dee Dee would make it known publicly that she would resign.

Beth McGrotha, Paul Mitchell, and Evans are all prominently featured on the front page of Rasmussen’s 2020 campaign website. 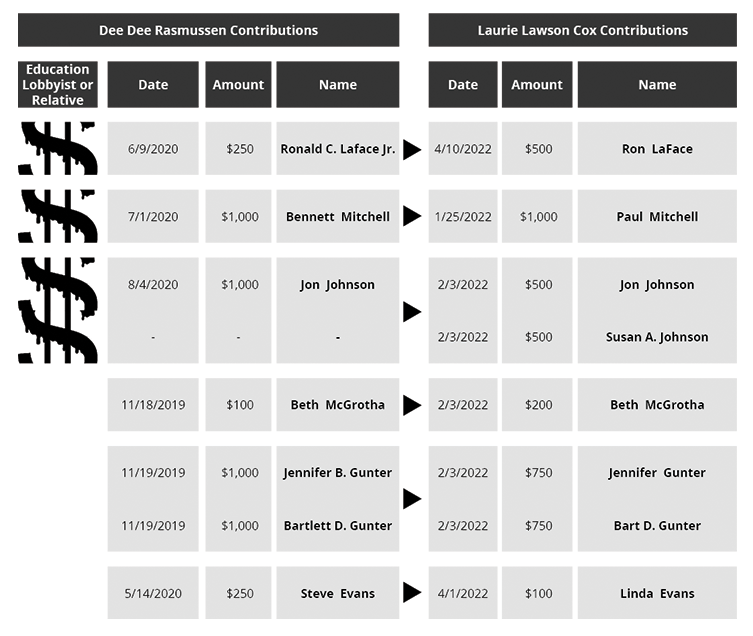 Under Florida Statute, to bring a seat up for election in a year where it would otherwise not normally be up, as was the case with Rasmussen’s seat, candidates have to issue a non-revocable letter of resignation 10 days before qualifying.

“I want to do this in the most responsible way possible – meaning, I need to vacate the seat in time to let the voters of District 4 choose their next representative on the School Board,” Rasmussen said of her departure. Rasmussen’s delayed resignation leaves Democrats just days to field a candidate for the election.

Besides the well-funded Lawson-Cox with her substantial campaign infrastructure, one other Republican has filed to run in the district that is projected to have a 16 point Democratic advantage as of the primary election in August.

If a candidate intends to run for the seat they would have to legally attest to their residency in the orange region of the map below:

Additionally, candidates for School Board District 4 would need to assemble both residency and $1,634 by next Friday, June 17th at noon. In practice, this would involve dedicating one day next week that isn’t next Friday to running back and forth between the Supervisor of Elections office and a bank to open a campaign bank account and get the bank account registered with the SOE.

Salary: The position pays $40,856 annually for a period of four years.

A Cursory Review of the District by the Numbers

These numbers look at the likely voter base of the District by looking at people who voted in at least three of the last five Primary elections (2020, 2018, 2016, 2014, 2012). This is the standard default method of calculating voter turnout.

Having a third candidate enter this race would also guarantee that it would place the election on the primary ballot, which is a distinct advantage for a Democrat in Leon County, due to a predicted lower turnout amongst Republicans due to a largely uncontested top of the ticket slate for Republicans.

Looking at likely voters for the district, Democrats outnumber Republicans by 16 percentage points in the August primary.

As of Friday afternoon, the only two candidates in the race were Laurie Lawson Cox, and Susan Hodges.