Unicorn Riot, a collaborative non-profit media group that tracks and organizes leaked right-wing and neo-Nazi groups, released a large tranche of data gained by infiltrating Patriot Front in late January. Patriot Front is a white supremacist group that invokes neo-Nazi symbology and ideology. Thomas Rousseau formed the group after 2017’s Unite the Right March in Charlottesville, VA. In the fallout from the nationally orchestrated event, Rousseau gained power within the group’s predecessor organization, Vanguard America. After James Alex Fields, seen wielding a Vanguard America shield during the march, murdered Heather Heyer, Rousseau broke off from Vanguard America and in turn absorbed most of the members as well as the website domain name “bloodandsoil.org.”

The website was then reconfigured and operated a private chat server, hosting the groups’ internal communications over the past four years. Their documents outline vast communications between members, secretive and often paranoid coded messages, which revealed a previously unreported training retreat in Tallahassee. 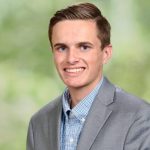 Atlanta Antifascists have analyzed the information and identified two Florida members’ identities. One, Calvin Stow-Ortiz, an undergrad at Florida State University, now is the only Tallahassee resident identified in the leaks. In one of his leaked messages as “Arthur FL,” Stow-Ortiz shared a video of a Nazi torchlit march as a model for what he believed Patriot Front should aim to be doing at the next public rally.

Unicorn Riot also explains the group’s neo-nazi ties: Patriot Front’s rank and file still enjoy doing ‘Roman salutes’ (the nazi salute) despite written rules for the group advising them not to. In one direct message exchange, members nostalgically recalled throwing up Nazi salutes “in front of a PF flag in full uniform” at a bar in Europe while meeting up with Polish neo-Nazi skinheads. In one leaked video of masked Patriot Front members reading a manifesto, one of them remarks, “Sieg fucking heil! Let’s fucking go. I can say that now that [the recording is] over.”

In Lafayette Park, the group is seen running through physical fitness tests to determine their readiness for the Patriot Front ranks and seen doing planks across Lafayette Park’s ground on the 400 block of Ingleside Avenue. Unlike the remote camping site of William’s Landing, Lafayette Park is a staple urban core walking park in the middle of a residential neighborhood.

Stow-Ortiz coordinated neo-nazi vandalisms met up with other members for Tallahassee Shapiro appearance.

In one communication, Stow-Ortiz asks Lawrence, an unidentified member of Patriot Front, “You still have a balaclava for me?” referencing their upcoming December 4th national rally. On several occasions, Stow-Ortiz had ongoing communications with the group and mentioned opportunities for “activism” (as they refer to it). The group primarily arranges counter-protests, serves as unsolicited ‘security’ for right-wing speakers, and vandalizes property with white supremacist stickers, wheat pastes, and even banner drops from billboards and highway overpasses. The group rose to media notoriety after taking credit for vandalizing a Black Lives Matter mural in Michigan.

“Meet me in front of the Pensacola Street Garage,” one message read, coordinating meeting up for the Ben Shapiro event. They also discussed where to potentially vandalize property while in town, discussing FAMU’s campus, Collegetown, and the intersection of West Tennessee and Monroe. Internal videos released in the leak show that vandalizing property with white supremacist messages was viewed as a core tenant of membership in Patriot Front. Each region of the country requires a quota of acts every month. 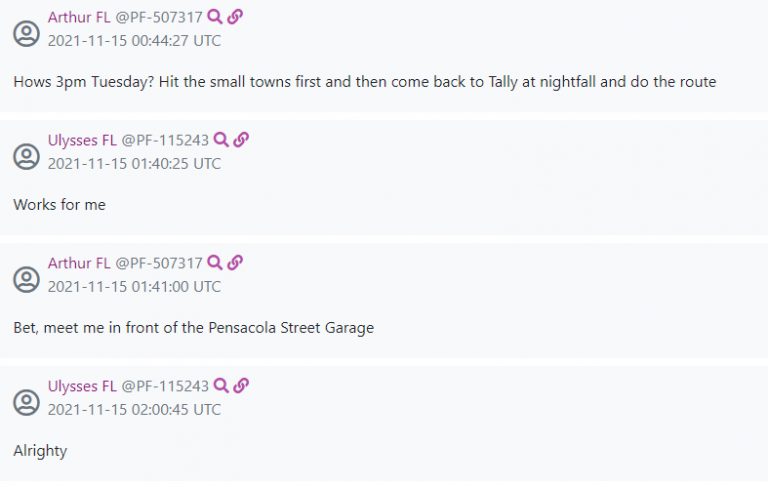 This past week, a neo-Nazi demonstration in Orlando swept Florida headlines, with a group of around 15 at a  high traffic intersection, waving swastika imagery and shouting anti-Semitic slurs at passing motorists.

In Tallahassee, this summer, anti-Semitic graffiti was found on an FSU student’s apartment door. “Seeing as our door in our hallway is locked, and it’s private property, I think it could be someone we know; it could be a student at FSU,” Madison Schatz told WCTV in June. Patriot Front, for their part, seeing the growing interest among their Florida members, messaged Stow-Ortiz in late November, saying, “let’s plan for a big action in Tallahassee. If we have that many guys, then I think we can achieve a really big action.”