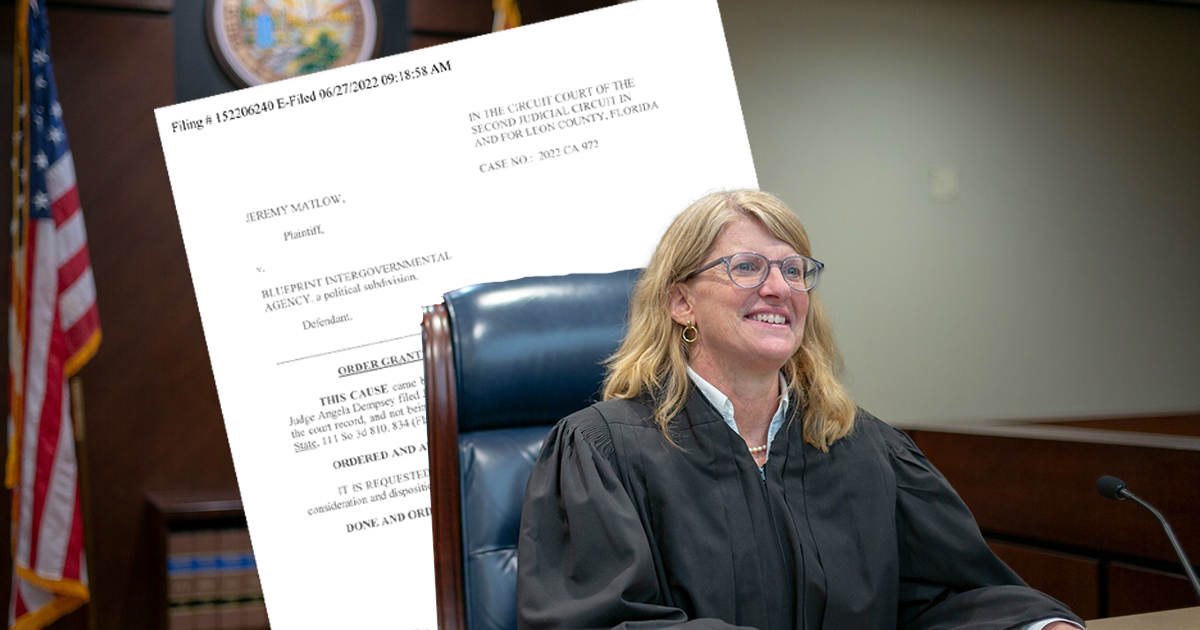 Dempsey filed a motion to grant disqualification, recusing herself from overseeing the lawsuit which seeks to bring Leon County's 1% sales tax agency under sunshine.

Last week, Jeremy Matlow, City Commission Seat 3, filed a motion to disqualify Judge Angela Dempsey from overseeing a lawsuit against the Leon County’s 1% Sales Tax Agency, Blueprint. Dempsey has been a long-time client of VancoreJones, which is an establishment-linked lobbying and political consulting firm. Marie Mattox, representing Matlow in the lawsuit, wrote a lengthy recusal motion outlining the decades-long relationship between Blueprint, VancoreJones, and Dempsey.

Chief Judge Jonathan Sjostrom will select a new judge from Leon County’s civil circuit bench, which likely leaves Judge John Cooper, who serves as the head of the civil bench for the 2nd Judicial Circuit, to head up the case.

Once the case begins, Matlow seeks a temporary injunction against the agency to halt further Intergovernmental Management Committee (IMC) meetings outside of the Sunshine.

The lawsuit also seeks a declaratory judgment that would force Blueprint staff to hold future IMC meetings in the Sunshine.