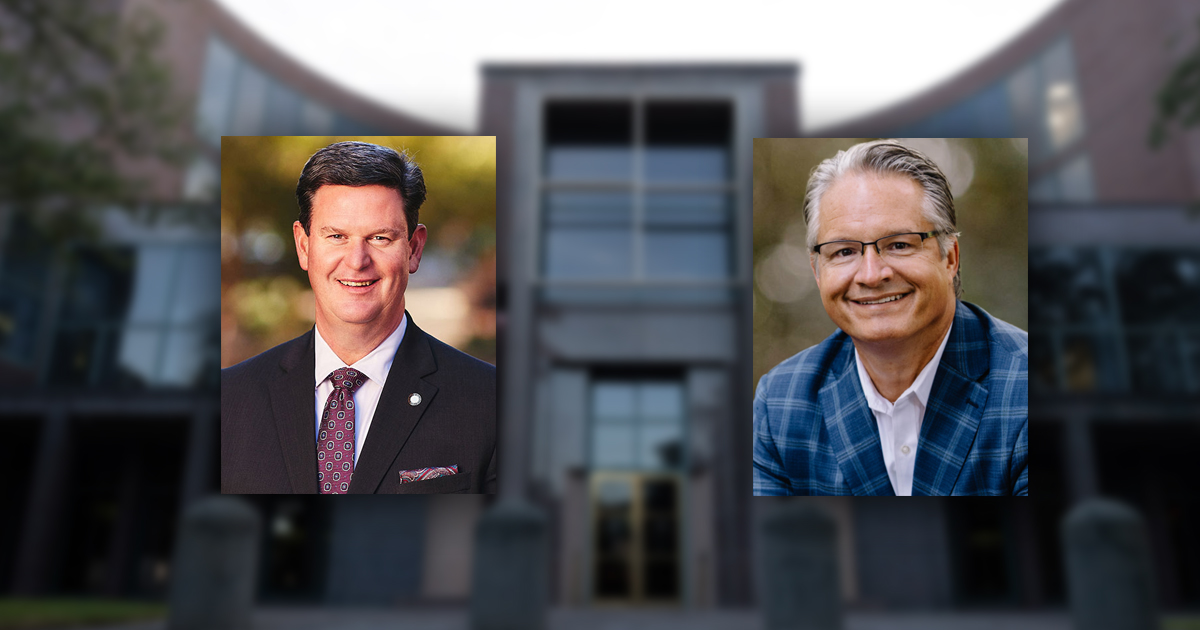 Mayor John Dailey and City Commission candidate David Bellamy are employing push polling, which has been criticized as an unethical, negative campaign tactic often done when facing an uphill campaign.

American Directions Research Group (ADR), out of Lakeland, Florida, is conducting the phone calls for the push poll according to a source.

While the Leon County Supervisor of Elections website does not show a payment to ADR from the Dailey campaign, it does show a $4,000 payment to Public Square, LLC, which is run by the St. Petersburg-based political consultant Reggie Cardozo. The payment was made on April 6; the respondent said the poll was conducted in May.

Bellamy’s campaign made a $6,000 payment to Public Square, also on April 6.

The woman who conducted the ADR poll said her name was Sophia; she called from an 863-area code that covers Lakeland.

The responses were graded from 1 to 5, with one being the least support for the statement and five being the most support.

Questions/statements received by Our Tallahassee regarding Dailey included:

John Dailey campaigned for the strongest ethics reform package in the history of Tallahassee.

John Dailey brought thousands of good-paying jobs to the city of Tallahassee.

John Dailey created an LGBTQ advisory council and is a champion of gay rights.

The mayor’s push poll also asked questions regarding the $10 million in improvements to Bragg Memorial Stadium, at FAMU, and $27 million for Doak Campbell Stadium, at FSU.

Dailey’s opponent, Kristin Dozier, opposed all stadium money taken from the 1% Blueprint Sales Tax while Dailey supported both projects and led the effort for luxury seats and enhancements at FSU’s stadium.

The pollster also presented generic questions aimed at burnishing the object of the poll, Mayor Dailey. They included:

If the candidate reformed the Tallahassee Police Department, would you support that candidate?

Do you support economic development opportunities to create jobs and attract new residents?

Do you support building consensus on the city commission and providing opportunities to compromise on important issues?

Leon County Commissioner Kristin Dozier said that the poll was “another distraction by Mayor Dailey’s campaign and his highly paid consultants.”

“It confirms the type of negative campaign Mayor Dailey plans to run and his willingness to lie about my record because he doesn’t want to focus on his own record,” Dozier said. “A record that is tainted with a consistent pattern of putting the needs of his donors over the needs of Tallahasseans.”

Another source received a push poll promoting David Bellamy in late May that was aimed at City Commissioner Jeremy Matlow, who is running for reelection to Seat 3.

Bellamy for his part, says that Matlow’s campaign has been push polling.

“Two people have told me they received an obvious push poll from Matlow against me,” Bellamy told Our Tallahassee.

“Knowing what a push poll is and the questionable ethics behind it I am angered but not surprised Matlow has run one against me,” Bellamy said.

Matlow said that his campaign and no outside group, to his knowledge, has done any polling in favor of him in the race.

“We haven’t done any polling. We don’t need a poll to tell us that giving away $27 million for stadium improvements was a bad idea.” Matlow said.

The questions in the push poll regarding Matlow included:

Would you be more or less likely to support Jeremy Matlow if you knew that he was a reckless driver?

Would you be more or less likely to support Jeremy Matlow if you knew that Jeremy Matlow said that Black Lives Matter, but defeated a black majority on the Tallahassee City Commission and is disrespectful to black commissioners?”

Would you be more or less likely to support Jeremy Matlow if you knew that he didn’t pay minimum wage at his businesses?

Would you be more or less likely to support Jeremy Matlow if you knew that he voted against affordable housing?

Bellamy said that the poll wasn’t a push poll, and that he’s “just happy with the results of the poll.”

Wikipedia describes a push poll as when an individual or organization attempts to manipulate or alter prospective voters’ views under the guise of conducting an opinion poll. Large numbers of voters are contacted with little effort made to collect and analyze voters’ response data. Instead, the push poll is a form of telemarketing-based propaganda and rumor-mongering, masquerading as an opinion poll.

No state currently prohibits push polling, but several states regulate them by requiring callers to provide certain information during the poll. Maine requires anyone conducting a push poll to register with the state.

Mayor John Dailey did not respond to a request for comment on this story.