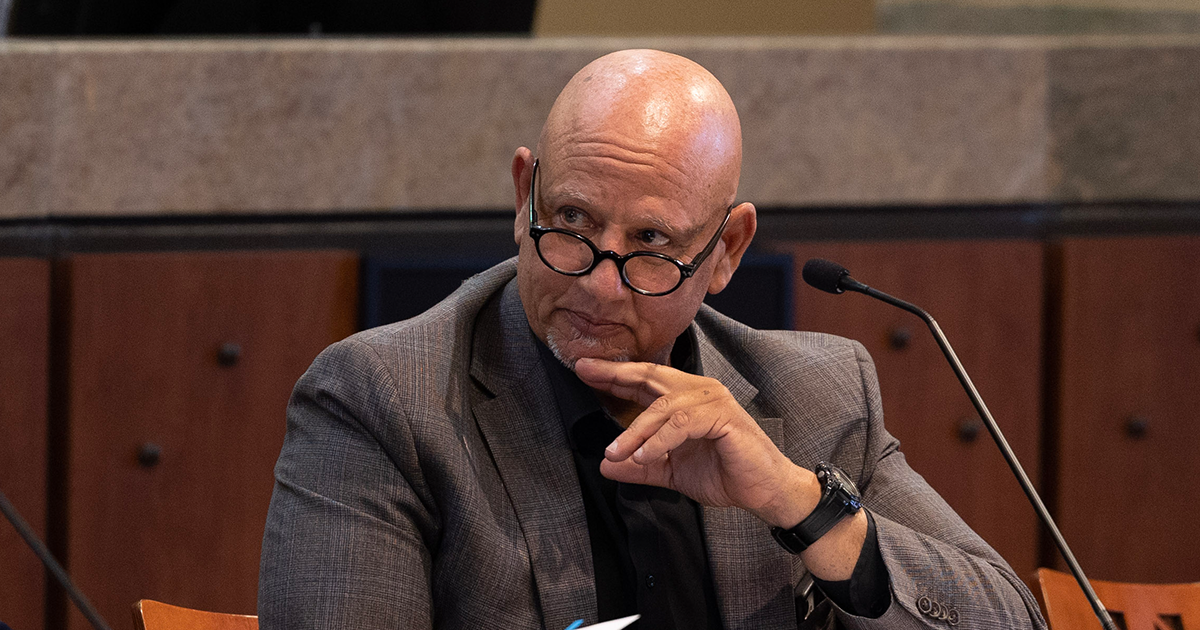 Jackson was a beloved principal and leader in the Fort Braden community. Residents of Fort Braden often felt not heard by local government, and Jackson had a reputation for being a fierce advocate for their interests. Jackson was first elected in 2016.

“Jimbo really made everything and everybody better. And we’re just saddened and heartbroken and more than anything else, we’re just devastated for his family at this time.”

“He just had amazing empathy,” Long said of Jackson, who represented the Southwest side of Leon County. “And I think that came from his many years of experience being a principal at a Title 1 school.”

“He saw everything firsthand, the struggles that people deal with,” Long said. “And he had the very unique perspective to see it play out generationally because he taught and was principal for kids and their parents and their uncles and their aunts.”

Jimbo Jackson grew up in the Fort Braden community of western Leon County and served as the Principal of Fort Braden Pre K-8 School and was elected in 2016 for Leon County Commissioner for District 2.

Jimbo attended District 2 public schools at Fort Braden, Nims Middle, and Godby High School. In 1989, Jimbo graduated from Tallahassee Community College with an Associate in Arts degree. Jimbo was an early participant in the articulation agreement between TCC and Florida State University and went on to earn bachelor’s degrees in both physical education (1991) and elementary education (1995). In 2003, he earned a graduate degree in educational leadership and administration. In 2006, Jimbo was awarded the Tallahassee Community College Eagle Saver Award for his work at Fort Braden which secured college scholarships for 26 7th and 8th-grade students.

In 1992, Mr. Jackson accepted a job at Fort Braden School, where he remained until his passing. In 1994, Jimbo was recognized as the Fort Braden School Teacher of the Year. He served in nearly every role at the school: as a student, a parent, a teacher’s aide, a physical education teacher, a classroom instructor, a technology teacher, a dean of students, and an Assistant Principal. Jackson became principal of Fort Braden in July of 2008.

In 2016, he successfully ran for the Leon County Commission District 2 seat in an 8-candidate race. Jimbo’s campaign and commission initiatives focus on providing improved recreational opportunities that focus on the children and families of Southwestern Leon County, maintaining highway, trail, bicycle and sidewalk improvements in the FSU and TCC communities, providing safer neighborhoods and rural highways, and recruiting responsible business growth that provides enhanced job opportunities for Leon County.

He was an active member of the Florida Association of Counties, the Greater Tallahassee Chamber of Commerce, and Tiger Bay. He served as a committee member of the Geographic Information Systems (GIS), Transportation Disadvantaged Coordinating Board (TDCB, Chair) and Value Adjustment Board.

Jimbo volunteered as a youth league coach for over 20 years in a variety of youth sports in District 2 as well as the City of Tallahassee. Jimbo and his late wife Wendy Jackson raised two daughters, Ashley and Allie, in Leon County and Tallahassee. He was raised in a family of small business owners and entrepreneurs in the Florida Panhandle. On December 31, 2016, Jackson married Beth Button. Beth brought two sons, Luke and Drew, to the family. With Jimbo’s grandchildren, Jackson boasted that they had four generations of Jacksons living and serving in Tallahassee and Leon County.