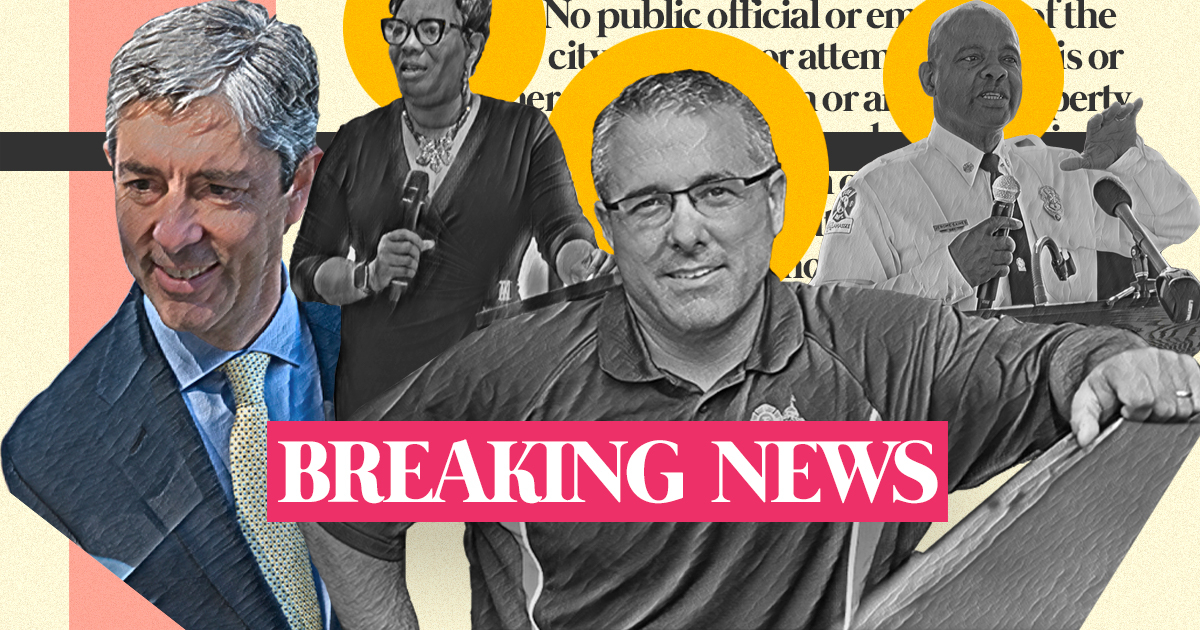 This Is The Colorful Memo Firefighters Want You To Read

This spring, yard signs popped up all over Tallahassee. Adorning lawns, businesses and public spaces, these signs showed the depth of citizen support as Tallahassee’s Professional Firefighters fought for a living wage contract with the City of Tallahassee.

While contract negotiations have come to a close, city management recently ordered the Fire department to cut more than one million dollars from the Fire Department budget. City Hall even went so far as to suggest to Fire Department leadership that they begin fire station brownouts. Brownouts are the practice of shutting down fire stations due to short staffing, which can lead to longer response times in the event of an emergency.

According to a letter obtained by OurTallahassee, Tallahassee City Manager Reese Goad threatened the union over their inquiries about the fire service fee. The letter, sent to Commissioners by the Tallahassee Professional Firefighters Union President Joey Davis, stated that firefighters “have elected to address the issue publicly calling for an external audit to be done of the Fire Services Fund and calling attention to the actions of the City Manager.”

Those actions by City Manager Goad include a “threat” by Goad to their union and department leadership, outlining that “our organization is concerned that without public scrutiny, this issue will be manipulated and delayed by the City Manager.”

🔥 🚒 Our members demand an immediate external audit of our Fire Services Fund to protect the public and our Firefighters!

FIREFIGHTERS SAY MANAGER ASKED FOR NO ATTORNEYS IN MEETING

The letter, issued Wednesday, Thursday July 7th, further alleges that City Executive Goad cancelled meetings and demanded that no attorney be present for any meeting between the union and the City of Tallahassee.

According to Davis, “the City Manager initially scheduled a meeting with myself, only to cancel my attendance. He later offered again to meet with me, but demanded it be without the City Attorney (or my attorney, or it being recorded)”.

The union’s claims, if true, raise serious questions about why the City Manager would refuse to meet in the presence of legal counsel, particularly considering the sensitive nature of the issue, and Goad’s own personal track record of directly intervening on the issue.