John Dailey Reelection Campaign Got $23,050 in Donations from Seminole Boosters Before Stadium Vote

February 16th, 3 PM Update: Mayor John Dailey has responded to the reporting, issuing a bizarre answer that conflated his contributions from the Seminole Boosters to voter-suppression, Gaines Street Pies, and alumni of FSU versus leadership of the Boosters.

Tallahassee Mayor John Dailey’s reelection campaign report was flush with donations from at least twenty-five checks from the Seminole Boosters, FSU Board of Trustees, and FSU Leadership in the days before voting on the $27 million dollar Seminole Booster’s stadium deal. In January, our research shows that the collective force of FSU Leadership gave Dailey’s reelection campaign at least $23,050. Most of them haven’t ever contributed to a local political campaign before.

Florida State Board of Trustees and their associated companies, which came from five current sitting members of the FSU Board of Trustees, totaled $9,000. Seminole Boosters Current and former Chairs, Vice Chairs, and Board of Directors contributed $8,000 to Dailey. At the same time, those associated with the FSU Foundation, Real Estate Foundation, and FSU Presidential Search Committees gave $6,050.

“Hey, look, bottom line is, tonight, do you support Florida State or do you not?” Dailey said at the May 27th, 2021 Blueprint Intergovernmental Agency meeting. “I support the University.”

Despite widespread public opposition, Dailey has been an unwavering supporter of the project. “Let’s just vote on this and move forward,” Dailey said, encouraging his colleagues to not debate the issue.

Leon County Supervisor of Elections records date back to 2010 online for campaign donations. An analysis of the twenty-five entities which donated to Dailey’s reelection campaign shows that fifteen of the entities have never given to Leon County political races before donating to Dailey’s campaign. Dailey was the only one of his colleagues who received this level of coordinated donations from the Boosters.

The final vote on the Seminole Boosters stadium deal is February 24th, 2022, at 3 PM at City Hall.

The Mayor has not responded to a request for comment.

You can access the above in JPEG form here. You can view Mayor John Dailey’s full January campaign donations here. 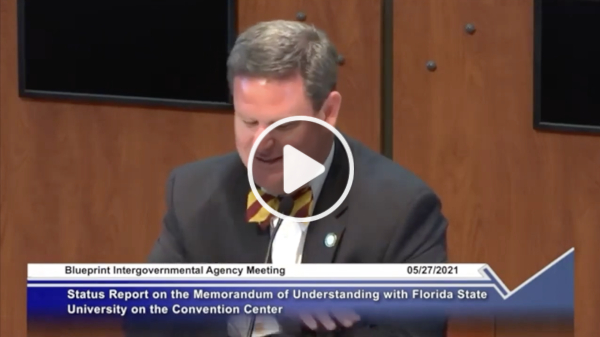 Two excerpts from Tallahassee Mayor John Dailey’s comments in support of the Seminole Boosters deal from May 27th, 2021 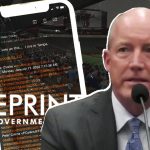 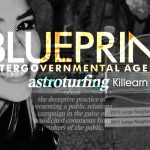