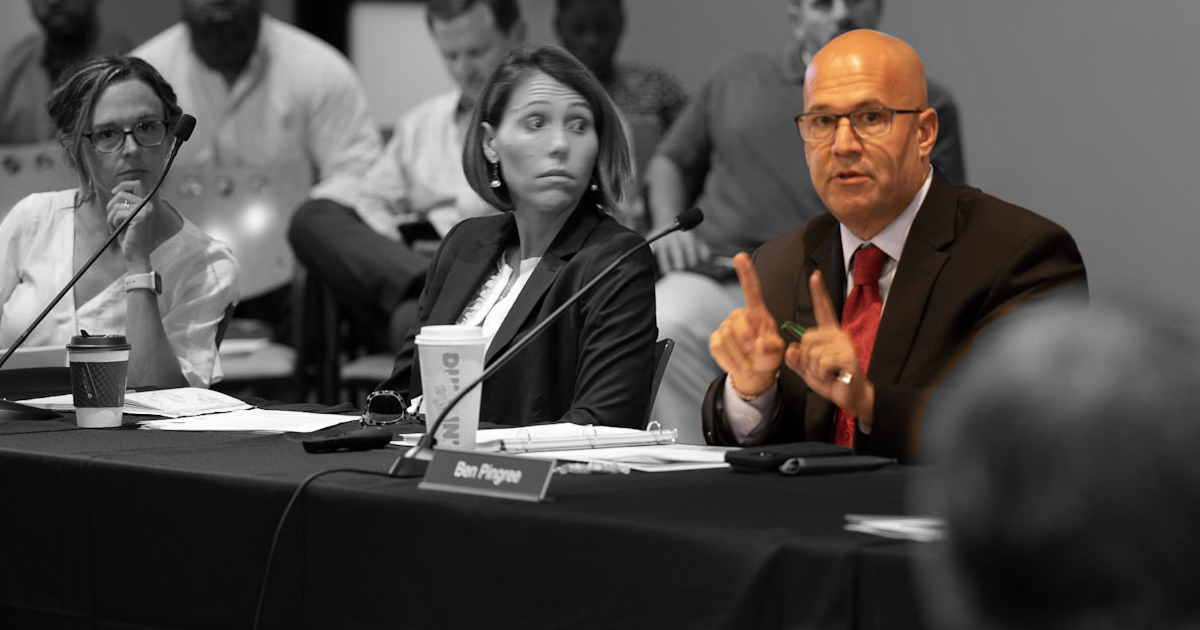 We have obtained Pingree’s video interview. It is linked below.

Ben Pingree is the Director of the Tallahassee-Leon County consolidated Planning, Land Management, and Community Enhancement Department. After a controversial five years at Blueprint, the politically well-connected Pingree is looking to leave Tallahassee.

OurTallahassee has obtained a copy of Pingree’s resume, which was submitted for the consideration of the Lafayette Economic Development Authority (LEDA) CEO in June 2021. LEDA is an economic development organization in Lafeyette, Louisana, which has a population of 120,000.

Out of thirty-four applicants, Pingree was not selected to be part of the list of seven finalists.

Pingree’s application to the position was released as part of a lawsuit against LEDA released on July 29th and reported on by The Current, a nonprofit news organization serving Lafayette and southern Louisiana.

Over the past two years, Blueprint has become a galvanizing topic in local political circles. Critics of Blueprint point to the Welaunee’s subsidized developer road project, the so-called Northeast Gateway, which will cost taxpayers $72 million dollars. Analysis of votes indicates the project had a significant effect on County Commissioner Bryan Desloge and City Commissioner Elaine Bryant losing their elections, following fierce objections from the residents of Killearn Estates.

Pingree’s career has followed Maddox’s closely. Pingree’s relationship with Maddox dated to 2001 when he met Maddox while working in Leon County government.

Between 2007 and 2011, Pingree was the Wakulla County Administrator. He approved more than a hundred thousand dollars in lobbying contracts for Governance Inc, a lobbying firm ran by Maddox and girlfriend Paige Carter-Smith.

Commenting on a controversial tax-payer funded trip to Washington D.C., including Pingree and Maddox, Pingree was quoted in The Wakulla News: “We were honored to join our regional elected partners on Capitol Hill to advocate for a local request package totaling over $1.1 billion. If approved, these projects would put up to 16,000 ‘Capital Region’ citizens back to work, stimulate our local economy, and provide comfort to our families.”

During a Wakulla County Commission meeting in 2009, County Administrator Pingree discussed an agenda item to expand the Governance Services contract by an additional $16,000.

Pingree ultimately left his position after Wakulla County residents filed a Florida Commission on Ethics complaint against him. The complaint alleged that Pingree had failed to disclose ownership of a property that he put before the Wakulla County Commission for approval of a land use decision.

After Pingree had resigned, the Florida Commission on Ethics “concluded that Mr. Pingree violated Section 112.3145, Florida Statutes, by failing to report a parcel of property onCE Form 1, Statement of Financial Interests, for the years 2007 and 2008″.

After his departure from the position  Wakulla County, Pingree was hired as the CEO of the Miami Zoo Foundation. Scott Maddox was on the board of the same foundation at the time, and remained a board member for the duration of Pingree’s time there.

According to sources unwilling to go on the record, Maddox was so committed to keeping Pingree in the position that on at least one occasion, he drove overnight after a Tallahassee City Commission meeting for a morning Board of Directors Meeting of the Miami Zoo Foundation to save Pingree’s job because Pingree was concerned a motion would be made for his termination on the Miami Zoo Foundation Board.

Following his departure from the Miami Zoo Foundation, in May 2013, Pingree was hired by the Greater Tallahassee Chamber of Commerce as Vice President, overseeing the arm of the Chamber that would one day morph into the Blueprint-run Office of Economic Vitality. In November 2016, Pingree was included on a tax-payer funded trip to New York City with Maddox and City Manager Rick Fernandez to try to attract JetBlue to Tallahassee.

Text messages released as part of the ongoing public corruption saga detail how Maddox groomed Pingree for the position of Director of PLACE.

On January 11th, 2016, Texts show that Maddox texted Pingree that he had been drinking beers with former City Manager Rick Fernandez earlier in the day. Fernandez was one-half of the committee of Blueprint, the Intergovernmental Management Committee (IMC), which would ultimately hire Pingree for the position. Maddox texted, “All on the track with the other” (referring to the second half of the IMC, County Administrator Vince Long).

“Blueprint is yours,” Maddox added.

When Pingree received the job offer, Maddox texted “Congrats : )” and Pingree replied, “I have no doubt and FULL faith in who made this happen,” referring to Maddox’s efforts to place Pingree in the position. “Yessir,” Maddox replied.

On April 15th, 2016, Maddox, Fernandez, Aviation Director Chris Curry, and Pingree would rack up a $1,200 steak dinner at Benjamin Steakhouse in Midtown Manhattan. In Tallahassee Democrat coverage of the expense, the group attributed the pricey dinner to ongoing recruitment efforts to attract JetBlue, despite no representatives of JetBlue being present for the meeting.