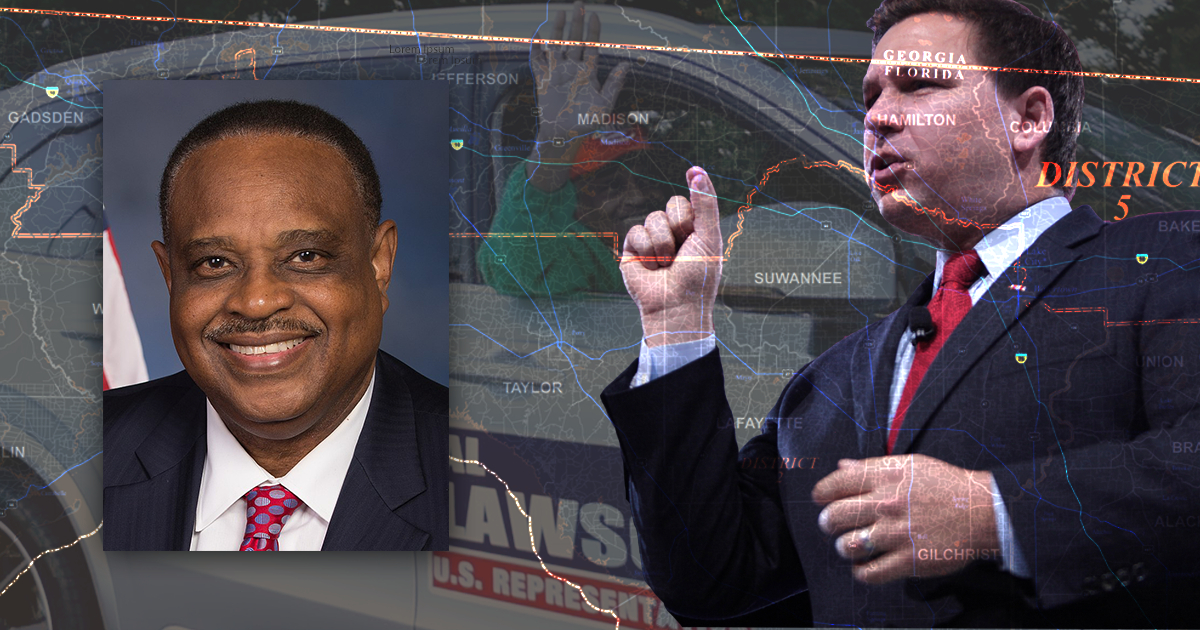 In justifying this unusual move by DeSantis, Ryan Newman, on behalf of the Governor’s Office, said: “We have legal concerns with the congressional redistricting maps under consideration in the legislature. We have submitted an alternative proposal, which we can support while working to increase district compactness, minimize county splits where feasible, and protect minority voting populations. Because the Governor must approve any congressional map passed by the Legislature, we wanted to provide our proposal as soon as possible and in a transparent manner.”

OurTallahassee interviewed Lawson on the Governor’s proposed maps on Tuesday.

“Governor DeSantis’ involvement in the Congressional map redistricting process is unprecedented. During my many years in the Florida Legislature, a Governor would never submit a map in the redistricting process. In fact, it was my leadership and others that helped create three minority access seats that allowed the first African Americans from Florida to be elected to Congress when I served in the State House.” Lawson said.

“It is evident that DeSantis is trying to restrict minority representation, specifically African American voters. I will ensure the people of Florida’s 5th District have the representation in Congress they rightfully deserve. My district includes a large minority and urban core; protecting minority voting access is critical to serving the needs of this area. I am confident that this attempt by the Governor to dilute the voting rights of my constituents is in clear violation of the Voting Rights Act and the Constitution.” said Lawson.

“Voting rights advocacy organizations like Fair Districts, the NAACP, and other community interest groups have not had the opportunity to weigh in on the Governor’s partisan proposed map, which would negatively affect people of color. More importantly, the voters have not weighed in.”

The governor-proposed District looks to gerrymander long-time Congressman Al Lawson out of office. The maps, if approved, would shift Lawson’s district to be a massive uphill battle and the district would very likely fall to a Republican in the future.

According to an analysis by MCI Maps, Leon County’s congressional district would shift to a district that voted 54.86% in support of Trump in the 2020 Election.

While the Florida Senate would have to approve DeSantis’ map, that may very well happen under the current power dynamics of the Capitol: DeSantis wields enormous power over the Florida Republican legislature.

Speaking of DeSantis’ immense influence, Lee said: “He’s become the 1,100-pound gorilla in state government,” in a recent interview with POLITICO Florida. “Gov. DeSantis is extremely popular relative to most of his predecessors. With that goes a tremendous amount of power.”

POLITICO also quoted another sitting Republican member, speaking anonymously, who didn’t give such a charming description for DeSantis’s growing influence over the Republican majority:  “They are not going to embarrass Ron DeSantis. Ron DeSantis is essentially the speaker of the House, the president of the Senate, and the chief justice of the Supreme Court right now.”

“I have been fortunate to represent the people of Florida’s 5th District for many years, and I look forward to continuing to do so now and in the future,” Lawson said.